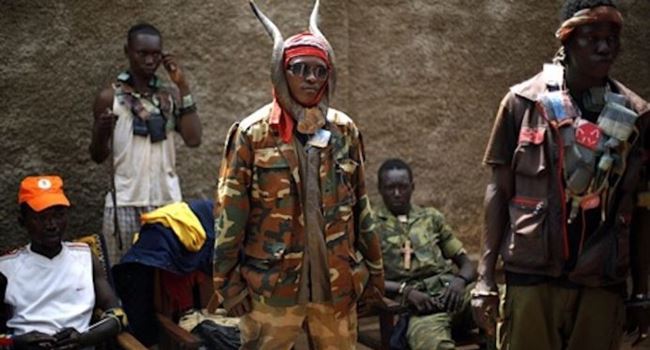 The leader of the Anti-Balaka Christian Rebel Movement in the Central African Republic (CAR), Yvon Konate, has been arrested by the country’s security forces.

Konate, according to HumAngle, was arrested on Tuesday, December 15, three kilometres to the locality of Bossembele, in the Ombella-Mpoko prefecture on the Bossangoa highway at a checkpoint mounted by the police.

The militia leader was said to be on his way to Bangui, the CAR capital, to join the clan of the former head of state Francois Bozize who is currently in Bossangoa within the Ouham prefecture.

“As at this morning, Wednesday, December 16, 2020, Yvon Konate is in a plane being transported to Bangui where he would be handed over to the Prosecutor General for eventual trial in the coming days,” a police statement released today stated.

Meanwhile, there is palpable panic in Bossembele on the Bossangoa highway following the arrest of Konate and latest reports say that a heavily armed column of militiamen was seen in the area vowing to seek revenge if anything should happen to Konate.