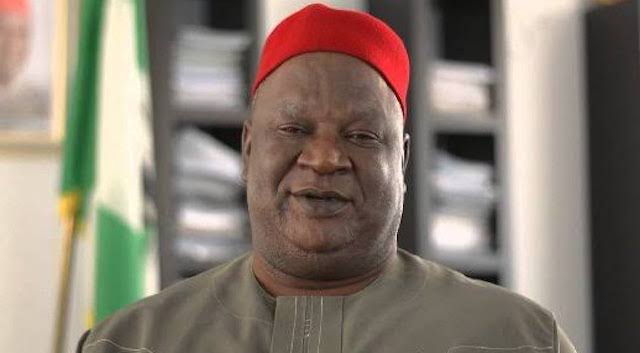 A former Secretary to the Government of the Federation, Anyim Pius Anyim, said on Sunday he would not step down for any aspirant ahead of the Peoples Democratic Party (PDP) presidential primary slated for next month.

Anyim, who stated this in a political roundtable on Mainland 98.3fm, decried the worsening insecurity in the country.

He also renewed his call for the party to zone its presidential ticket to the South-East.

The ex-SGF was however silent on the controversy trailing the purported endorsement of the duo of former Senate President, Bukola Saraki and Bauchi State Governor, Bala Mohammed, as the party’s consensus candidates by Northern elders.

The Sokoto State governor, Aminu Tambuwal, had on Saturday rejected the endorsement of the Saraki and the Bauchi governor by the elders.

In a statement issued by his campaign organisation’s Director of Mobilization, Nicholas Msheliza, the governor said the purported endorsement of the duo was not the true reflection of a recent meeting held in Abuja by politicians pushing the consensus arrangement.

However, Anyim insisted that he remains the best choice for the party’s presidential ticket.

“As of today the committee report is yet to be considered by NEC, but they are holding this week, they are the only authority to make decisions on zoning.

“Whichever way it goes, I am in the race.

“We have zoned the party office under this current dispensation, what we did was to zone north and south, each region now went back and micro zone, micro-zoning within the region.

“If rotation is based on equity and fairness, the north should allow the ticket to go to the south while in the south, the ticket should be zoned to the South-East.

“South-East has the experience required.”