‘Anyone who succeeds in Lagos can govern Nigeria,’ Lagos speaker rallies support for Tinubu ahead of 2023 | Ripples Nigeria 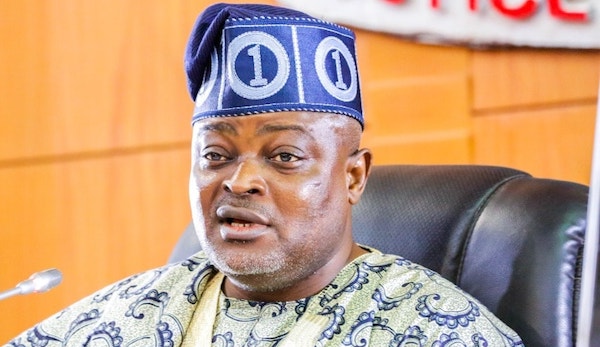 The Speaker of the Lagos State House of Assembly, Mudashiru Obasa, on Thursday rallied support for the All Progressives Congress (APC) National Leader, Bola Ahmed Tinubu, in his 2023 presidential ambition.

The speaker, who spoke at the commissioning of blocks of classrooms in the Badagry area of the state, said any individual who had succeeded in ruling Lagos State can preside over Nigeria’s affair successfully.

The classrooms were constructed by a member representing Badagry Constituency in the Assembly, Setonji David.

Obasa urged Nigerians to support Tinubu in his 2023 aspiration, saying he would continue to deliver on his mandate to the people.

He also urged government at all levels to give priority attention to education in the country.

READ ALSO: Tinubu has right to contest for president in 2023 – Osoba

Although Tinubu who ruled Lagos State from 1999 to 2007 has not publicly declared his presidential ambition, there were insinuations that the APC chieftain is eyeing the country’s highest political office in two years’ time.

“We should learn from this and contribute our own quota to educational development, it doesn’t matter how little.

“Let us support our representatives. It is not his duty to do it, but he said that he went round and decided to do this to help the people of the constituency.”