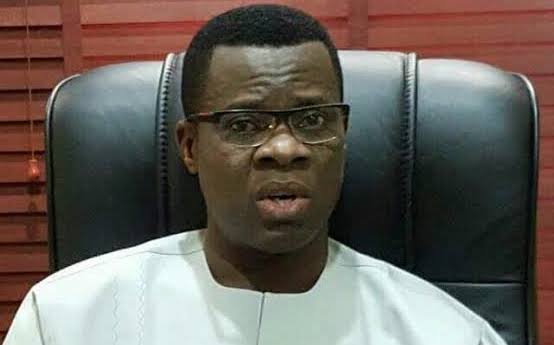 The All Progressives Congress (APC) in Edo State on Saturday accused the Akwa Ibom Resident Electoral Commissioner (REC), Mike Igini, of collaborating with Governor Godwin Obaseki to rig the September 19 governorship election in the state.

The party in a statement issued by the Chairman of its Media Campaign Council, John Mayaki, asked the Independent National Electoral Commission (INEC) official to explain his presence at Protea Hotel in Benin City

APC had alleged that some INEC National Commissioners were lodged at the hotel by the state government in its desperate bid to rig the election.

Mayaki said the party had been briefed by some National Youth Service Corps (NYSC) members on how they were approached by Igini and offered a deal to swap election results with fake and pre-written results produced at the state Government House.

He said: “We have obtained pictures of Mr. Mike Igini at Protea Hotel where visiting National Commissioners of INEC from Abuja were lodged. He apparently went there to run the errands of Governor Godwin Obaseki and the PDP.

“He was overheard at the hotel discussing the Edo governorship election and the recruitment of ad-hoc staff in an attempt to ascertain the disposition of the officers before persuading them to join the rigging plan he has perfected with the governor.

“We dare Mr. Mike Igini to deny his presence at this hotel and we shall immediately supply pictorial evidence to the press and members of the public.”

The party charged INEC to investigate the claim and purge its rank of compromised officers.