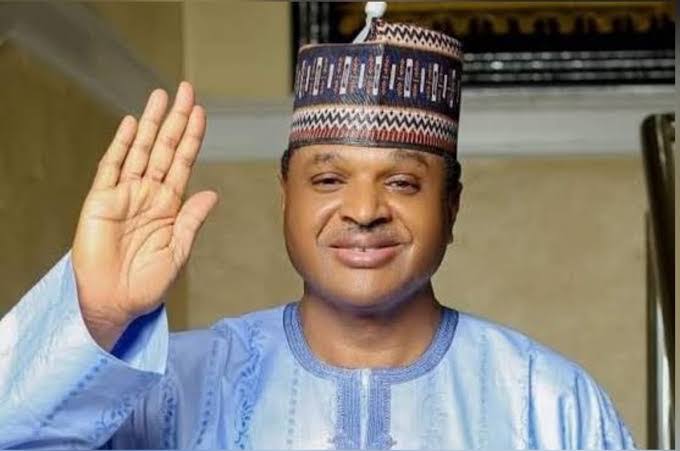 Ahead of the general elections in 2023, the ruling All Progressives Congress (APC) has accused the opposition Peoples Democratic Party (PDP) of tarnishing the image of its governorship candidate in Bauchi State, former Chief of Air Staff, Air Marshal Abubakar Sadique (Rtd.).

This was contained in a statement issued on Wednesday by Felix Morka, the APC National Publicity Secretary, in Abuja.

The statement is titled, “PDP Hirelings Masquerading As APC Group Ahead Of Bauchi State Governorship Election.”

Morka alleged that the PDP engaged the services of the group with the aim of spreading hate against Sadique.

The statement read, “Ahead of the 2023 Governorship Election in Bauchi State, the Peoples Democratic Party (PDP) has set its hirelings on the prowl masquerading as an “APC support group”, spreading hate and deception against the All Progressives Congress (APC) and its Governorship flag bearer in the state.

“Under thin and false cover as “APC Youth Vanguard”, these elements have launched calumnious attacks, including a spurious petition to the Economic and Financial Crimes Commission (EFCC) against the former Chief of Air Staff, Air Marshal Abubakar Sadique (Rtd.), Governorship Candidate of the APC in Bauchi State, and his wife, the Minister of Humanitarian Affairs, Disaster Management and Social Development, Hajia Sadiya Umar. ”

Morka further revealed how a petition which emanated from “one Mohammed Usman Dikko on behalf of “APC Youth Vanguard” makes bogus and unsubstantiated allegation of a plot by our candidate to engage in acts of electoral impropriety.

“To be clear, the purported ‘APC group’ is a phoney, unknown, and bearing no affiliation, whatsoever, with our party or its registered support groups.

“While the PDP has every reason to be anxious and jittery about its rather bleak prospects ahead of the Bauchi State governorship election given its government’s dismal performance, resorting to guile and subterfuge is beyond the pale.

“The good people of Bauchi State will not be taken in by PDP’s lies and deception howsoever packaged or delivered.”