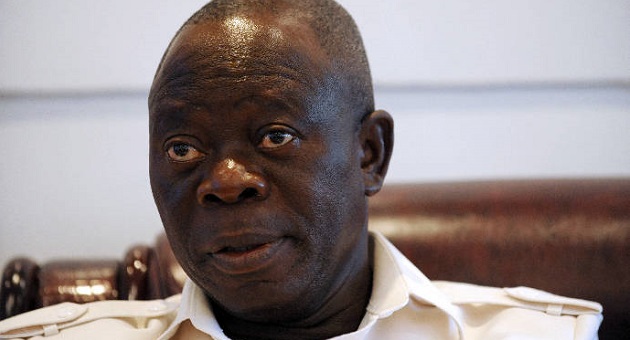 Another twist has been added to the leadership crisis rocking the National Assembly, as the All Progressives Congress (APC) Tuesday said it has uncovered plans by the Peoples Democratic Party (PDP) to attack its senators as a way of frustrating their efforts to effect a change in the leadership of the Senate.

According to the party, for placing his personal interest above that of the nation, Saraki is guilty of treason and his actions must be curtailed.

“While Saraki and his cohorts continue to postpone their doomsday regarding the imminent Senate leadership change, the yet-to-be considered 2019 budget of the Independent National Electoral Commission INEC is dangerously delayed. Clearly, Saraki’s actions as Senate President now bother on high treason”, the APC said.

The party also called on the security agencies to protect its senators against the planned attack by PDP, claiming that the plan is real.

Yekini Nabena, APC’s Acting National Publicity Secretary, in a statement on Tuesday, said: “By this statement, we call on security agents to protect APC Senators. If any Senator is harmed, the PDP and Saraki should be held directly responsible. We call on security agencies to also closely monitor the activities of some PDP leaders including Saraki because the plan to attack APC Senators is real and imminent.

“We were informed that the plot was hatched in the private residence of a PDP leader in Maitama-Abuja on Sunday night. The meeting was attended by 15 pro-Saraki Senators including the Senate President himself”.

According to Nabena, the APC is aware that the PDP is worried about its majority in the semate. making it to consider several options to prevent APC from taking over the leadership of the Senate. One of the options, the party said langue planned attack that will prevent APC senators from coming to attend legislative sittings.

“The PDP have recruited thugs for this purpose, we have now learnt. During Sunday’s meeting, the PDP Senators planned several types of attack, one of which is to lure some of them (APC Senators) out at night in the guise of inviting Senators to a political settlement meeting and thereafter instigate a violent confrontation during the meeting and unleash standby PDP thugs on APC Senators. Our source privy to the meeting informed us.

“This revelation has not come to us as a surprise because the Senate President through proxies has made several failed attempts to buy over APC Senators with N100million each.

“As a Party, we don’t believe in inducing lawmakers to achieve our legitimate goal of removing Saraki as Senate President. We will get the support of some PDP Senators to get the required 2/3 vote and impeach Saraki. We are already talking to some of PDP Senators who believe and support the direction of the President Muhammadu Buhari administration to achieve our legitimate goal.

“We reiterate our call for Saraki’s immediate resignation as Senate President. He cannot lead the APC majority Senate. But if he fails to resign honourably, we will impeach him. The PDP’s propaganda and threat of violence cannot save him.

“As Chairman of the 8th National Assembly, Saraki’s decision not to reconvene the National Assembly done with the support of the Speaker, House of Representatives, Rt. Hon. Yakubu Dogara further buttresses our position that Saraki is ever ready to pursue his selfish interests over National Interest. This is another brazen display of his penchant for abuse of powers and sabotage of government, however the cost and implication”, APC added.