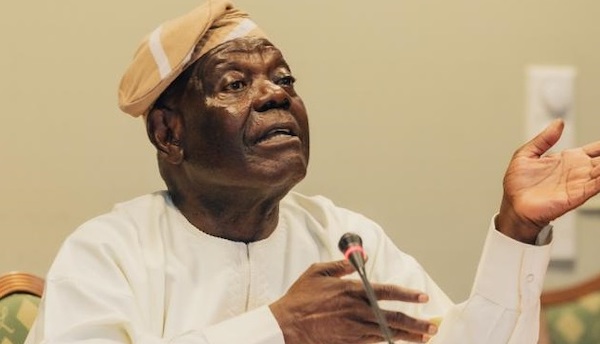 The Caretaker/Convention Committee of the All Progressives Congress (APC) on Thursday met the party’s chieftain, Chief Bisi Akande in his Ila country home in Osun State.

The meeting, which lasted 45 minutes, was attended by the chairman of the party’s caretaker committee, Mai Mala Buni and other members of the team which included Senator Akpan Udoedehe; Osun State Governor, Adegboyega Oyetola, and his Niger State counterpart, Sani Bello.

Although issues discussed at the meeting has not been made public, it may not be unconnected with the assignment given to the committee by the party’s two weeks ago.

The APC had two weeks ago put in place the caretaker committee following the dissolution of its National Working Committee (NWC) during the National Executive Committee (NEC) meeting on June 25 at the State House, Abuja.

The committee is expected to run the affairs of the APC for six months when it will hold the national convention to elect the leaders for the party.