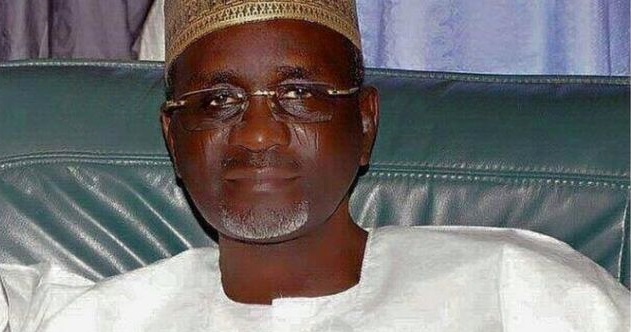 Except there is a last minute change of mind, former Kano State governor, Malam Ibrahim Shekarau ha jettisoned his presidential ambition to settle for the Kano Central senatorial ticket on the platform of the ruling All Progressives Congress, (APC).

The senatorial ticket was one of the concessions made by the APC to lure the former governor to its fold.
Shekarau’s political enemy, Rabiu Kwankwaso currently represents Kano Central at the upper chamber of the National Assembly.

It will be recalled that Shekarau’s defection has been full of drama and denials, until the national leadership of the APC, led by its National Chairman, Comrade Adams Oshiomhole visited the former governor in his Kano residence.

The media aide to the former governor had told newsmen that his boss had dumped the Peoples Democratic Party, PDP and pitched his tent with the ruling APC, citing ill-treatments meted to him and his followers as his reason for leaving.

But in a swift reaction through audio messages aired on radio stations in Kano, the former governor denied leaving PDP and that he would personally announce it when and if he leaves.

Though the PDP was said to have made last minute spirited attempts to convinced Shekarau to stay back in the opposition party, it could not offer the kind of mouth watering offers made by the APC.

According to sources, the only concession the PDP made was a slot in the expanded care taker committee for the party in the state.

This is against offers made by APC, which includes automatic integration of Shekarau’s group into the APC structure in the state; automatic Senatorial ticket for Kano Central, commissioner slots in the Kano State Executive Council, many seats in the House of Representatives and State House of Assembly and Federal appointments, among others.

APC was also said to have promised ministerial slots if APC government is re-elected in 2019.

A top source who was privy to the negotiations said: “APC delegation went to Kano in order to beg Shekarau to join our party where he has like minds with progressive inclination.

“Do not forget that he was a long-standing associate of President Muhammadu Buhari in the defunct All Nigeria Peoples Party (ANPP).

“We considered him a prized politician who can make an electoral impact in any political party. What PDP does not value, we went for it.

“After preliminary engagement in Abuja, we decided to formally invite him into a party he deservedly belongs.
“Like a suitor to a bride, we made some concessions to the ex-governor.

“For instance, we offered him automatic senatorial ticket for Kano Central District seat which was given to Kwankwaso in 2015 after he lost the presidential primaries of APC to President Buhari.

“The APC will give slots for House of Representatives and House of Assembly and federal appointments to Shekarau and his supporters”, the source revealed.

Fayemi, Fayose in war of words over alleged sale of govt properties