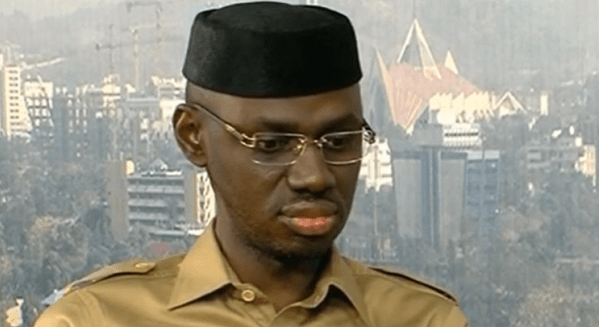 The deputy national publicity secretary of the All Progressives Congress (APC), Timi Frank, has condemned what he says, are undemocratic practices under President Muhammadu Buhari’s administration.

He has therefore asked former President Goodluck Jonathan to forgive him for being part of those who ensured that he was removed for the current administration, where according to him, the issue of corruption and ineptitude for which the past administration was removed, has become worsened.

Frank stated this in an open letter to Buhari entitles “Open letter to President Muhammadu Buhari on the state of the nation.”

The APC chieftain from Bayelsa State, regretted cases of alleged corruption, battered economy, killings, hunger, injustice, disobedience to court orders, among others under the current government.

The statement read in part, “Under your tenure (Buhari) the rule of law has been replaced with the rule of force. You have injected fear into the society. People who voted for you to save them from corruption and ineptitude have been barred from speaking up against the myriads of evil and wicked acts being perpetrated by officials in your government.

“Unfortunately, corruption is in the upward swing under your watch. This is why I had to apologize to Jonathan since events of the last three years have shown the former President was a better leader.

“People freely expressed themselves under Jonathan’s administration without fear of being branded cultists’ sponsors, gunrunners or aiding murderers. But not so under this administration.

“Under Jonathan, Nigerians enjoyed freedom of speech, association and right to hold dissenting views including organizing and partaking in protests against unwelcome government policies. All these are no go areas today.

“Does it mean Jonathan was a better democrat? It is a fact that no member of the APC which was then in the opposition before 2015 was jailed or harassed for expressing dissent.

“However, under this administration, the Senate President is being persecuted, Senator Dino Melaye has been arrested and detained like a common criminal, Senator Matthew Urhroghide had been attached for telling Nigerians that the Federal Government breached the Constitution by paying the sum of $496million for 12 Tucano fighter jets without National Assembly approval; the trial of Senator Isa Misau by the AGF over his face-off with the Inspector General of Police, the persecution of most members of the Peoples Democratic Party (PDP) in the name of fighting corruption are all examples of intolerance under this administration.

READ ALSO: How Okorocha lost his groove in APC

“Mr. President, while your fight against corruption is being promoted as gathering steam leading to an award given to you by the African Union (AU) recently, the allegation of illegal award of $25billion contracts leveled against the GMD of the Nigerian National Petroleum Corporation (NNPC), has not been investigated but rather the malfeasance and shoddy dealing in the NNPC has been swept under the carpet because as the substantive Minister of Petroleum Resources any probe of the agency will require that you make some explanations,” he said.

Frank then called on Nigerians to rise and save the country from “total collapse under the jackboots of impunity by this administration,” adding that “history will not be fair to me if I had championed the campaigns against former President Jonathan and now remain silent in the face of anti-democratic tendencies and sheer impunity.”