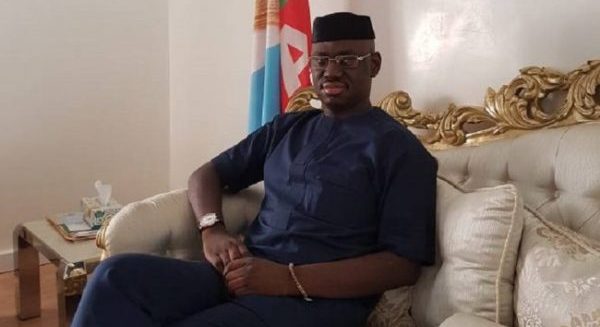 A chieftain of the All Progressives Congress (APC), Timi Frank, has laid the blame on the national chairman of the party, Chief John Odigie-Oyegun, for the crisis that marred the party’s nationwide ward congresses in many states.

Frank, who described the outcome of the congresses in many states as the beginning of what should be expected in the ruling party, also made mockery of Imo State Governor Rochas Okorocha, Segun Oni, among others, over their silence on Oyegun’s “impunity” at the time, he Frank was crying out against the national chairman.

Rochas had run to President Muhammadu Buhari in Daura, Katsina State, after he was outsmarted by the APC big-wigs in the state during the last Saturday congress in Imo State.

Oni, who was a former national deputy chairman, South-West, of the APC, and currently a governorship aspirant in Ekiti State APC, had raised the alarm over Oyegun’s perceived role at the state primary that was botched following alleged move to rig the election in favour of one of the aspirants.

Frank reacting on the issues in a statement he issued in Abuja said, “Once again, I have been vindicated about my party, the APC. I have been speaking against injustice in the party all this while that the leadership under Chief John Oyegun as national chairman has nothing to offer. I said his leadership would lead APC to destruction, which the party is very close to now.

“But I’m surprised today that all the people crying and running up and down about the congresses and Ekiti governorship primary election were keeping quiet when I was a lone voice. I want to beg them not to cry but joyfully accept what has happened to them because their silence brought the party to this level.

“As far as I am concerned, this is the best ward congress that Chief Oyegun-led leadership can conduct. Had it been all of those crying foul now could reason with me when I was lamenting about injustice, oppression, impunity in APC, by today things would have been done right.

“I know that one by one all the party leaders and members that kept quiet when I was the only voice speaking against impunity in our party would pay the price I paid.

“Somebody like Engr. Segun Oni was lamenting in Ekiti governorship primary that Chief Oyegun’s name was ‘at stake’ because the impunity I spoke about is now affecting him. The likes of Governor Rochas Okorocha of Imo State was running from Imo to Daura because he is now a victim. The National Vice Chairman South-south, Hilliard Eta, who was ignorantly used against me is also lamenting. This is just the beginning.”

Noting that “practically in almost 80 per cent of APC states there was crisis during the last Saturday’s congresses” and that some members even lost their lives while some others critically injured, Frank added, “So, if common ward congresses could end up this way, we don’t know how the local government, state and the national convention would end up.”

EKITI APC GOV PRIMARY: Why Fayemi walked out of meeting with Tinubu

Nigeria under Buhari degenerating into a tyrannical state –PDP