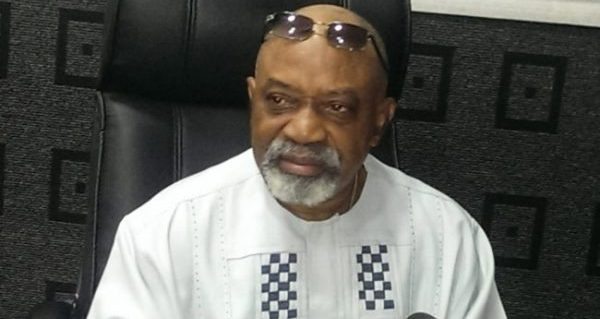 But for the quick reaction of security agents who came to the aid of the Minister of Labour and Employment, Dr. Chris Ngige, no one knows for sure what might have happened to the former governor of Anambra State on Sunday in his state.

This was as a mob on Sunday invaded the meeting of the All Progressives Congress (APC) in a hotel in Awka, Anambra State, where the issues of the party’s Saturday congresses in the state were being discussed.

The mob was said to have charged at the minister, despite repeated shots by security personnel into the air to scare them off.

However, when it was clear that the mob was determined to harm the minister, the security agents were said to have quickly whisked Ngige away to safety.

The action of the mob was said to have followed allegations that the minister was plotting to compromise the result of the ward congresses to his own favour.

It was learnt that a member of the state’s ward congress committee, simply identified as Ali was not as lucky as Ngige as he was manhandled and beaten to a pulp and stripped naked on allegations.

His ordeal was sequel to an allegation that he was among those purportedly conscripted by Ngige to the state to rig the election for the former governor.

“Some of you here worked against me during that election, but my joy is that I lost the election and you lost too, because most of you have not risen beyond the falling point.

“We have failed as a party because we do not have any position in Anambra State but it will not work for people to put this party in their pocket so that they can write election results in their houses.

“I will not let Ngige take the function of the panel. We have a panel that is supposed to conduct that congress, and they just came here today (Sunday), whereas you are trying to tell us that elections were held yesterday. How can Ngige be the one to conduct the congress when there is a committee?

“As of 7pm on Saturday, people were being denied the forms because they wanted to contest positions, and what that means is that the forms have been given out to those they like. We will not let that happen,” Nwoye said.

Responding, Ngige had said, “We do not have trouble here and we are here to further the cause of the party. People were querying the guidelines given by the NEC of the party, and I said no. The issue was over zoning of positions. We said go to the ward and if anyone resigns, we replace him, because this is a brotherly contest.”