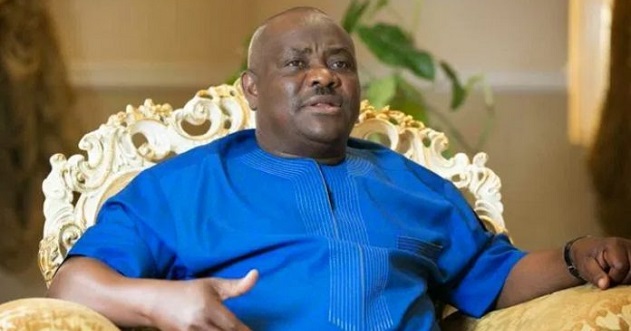 The All Progressives Congress (APC) has countered the claim made by Rivers State Governor Nyesom Wike that President Muhammadu Buhari is sponsoring some presidential aspirants in the Peoples Democratic Party (PDP).

Yekini Nabena, acting spokesman of APC, dismissed the claim as false in a statement on Sunday.

Wike had alleged that President Buhari and the ruling party have planted agents in the PDP.

The governor said he knows some PDP presidential aspirants being sponsored by the APC.

But Nabena challenged Wike to name those who are being sponsored by his party.

The spokesman said instead of putting its house in order, Wike “and his PDP cohorts are clutching on straws it is desperate bid to remain in public reckoning in the face of imminent 2019 defeat”.

“In reacting to the allegations by the Rivers State Governor, Nyesom Wike that the APC has sponsored some PDP presidential aspirants, it is understandable that the PDP in its despair over its failed 2019 election bid for the presidency has resorted to comical conspiracies,” the statement read.

“Meanwhile, we challenge governor Wike to be brave enough and name the APC-sponsored aspirants among the crowd that have signified interest to run for the presidency under the PDP.

“We urge the PDP to quickly wake up to the reality that the 2019 presidential elections have been won and lost.

“The PDP is a dead party and we urge its members who share our progressive ideals to leave the sinking and rudderless ship and come over to the APC which is rebuilding and repositioning the country in all facets.”