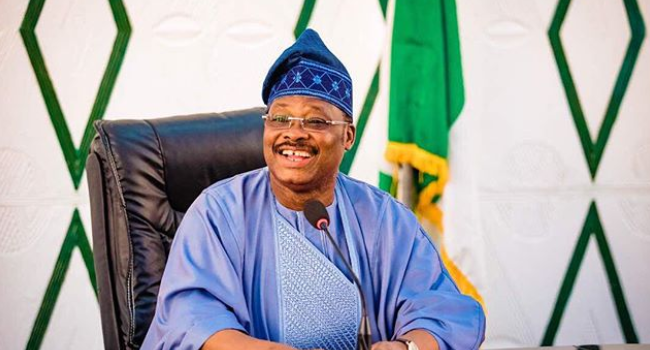 The leadership crisis rocking the All Progressives Congress (APC), on Wednesday, took a new dimension as the Chairman of the party in Ado Ekiti Local Government, Mr. Michael Akinleye, threatened to institute an action against the appointment of Senator Abiola Ajimobi as acting National Chairman of the party.

Akinyele also informed the NWC that there is still a pending case with suit No. FHC/AD/CS/8/2020 before the Federal High Court in Ado-Ekiti praying against any nomination of anyone to fill the vacant position, pending the determination of the suit.

According to him, the suit was filed against the All Progressives Congress, National Working Committee of APC, Sen. Abiola Ajimobi and others praying among other reliefs that the Office should be filled in accordance with Article 20 of the All Progressive Congress Constitution 2014 (As Amended).

The letter reads in part: “It is on record that all the processes filed in the Suit have been served on all the parties which serves as notice to maintain status quo pending the determination of the Suit.

“At the time when the suit was instituted by our Client, Sen. Abiola Ajimobi’s name has not been purportedly recognised by the National Working Committee of APC.

“However, during the pendency of the Suit when appearance had been entered for all the Defendants, our attention was drawn to several newspaper publications that the National Working Committee of APC has announced Sen. Abiola Ajimobi’s name as the Deputy National Chairman (South).”