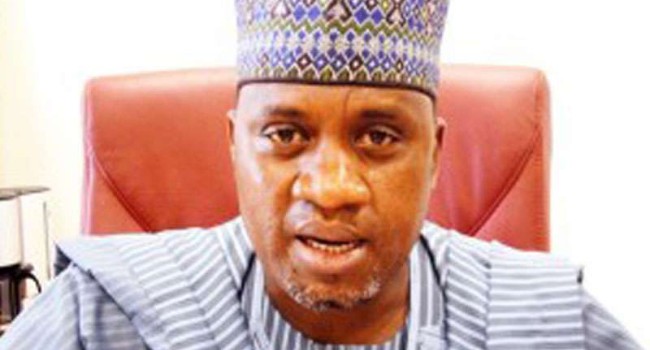 Marafa, an APC governorship aspirant in Zamfara, gave the reasons in a statement he signed and released on Sunday.

He said that the outgoing governor and all those he declared as winners of the controversial primaries he conducted is the state must be expelled from the APC.

APC has continued to face embarrassing crises across the states of the federation following the outcome of its primaries for 2019 general elections.

The party is yet to submit a list of candidates from Zamfara State for elective positions in 2019. This is because it was banned from doing so by the Independent National Electoral Commission (INEC) due to its alleged failure to conduct election in the state within the stipulated period.

The matter is currently in court.

But in his statement, Senator Marafa, who chairs the Senate Committee on Petroleum (downstream), maintained that the situation the state found itself was caused by Governor Yari.

He therefore said that APC should expel the governor “for gross indiscipline and violation of our party constitution.”

He added, “The measure becomes necessary to maintain party discipline and deter others that may be tempted to take similar actions to achieve their selfish objectives”.

Marafa went further to list 10 more reasons why Yari must be expelled:

1. Frustrating the efforts of NWC to conduct direct primaries for Zamfara state.

2. Directing state officials to conclude an election that was cancelled by a panel that has legal authority to do so.

3. Aiding and abating of violence that led to the death of 6 people, and injuring of many others including women and children on the 3rd of October 2018.

4. Insulting publicly the National Chairman, Comrade Adams Oshiomhole and issuing of threat to cause bloodshed if the NWC refused to do his bidding

5. Announcing the result of an illegal election conducted by his faction in violation of subsisting court order.

6. Blocking APC chances of fielding candidates by conducting and announcing an illegal election on 7th October 2018.

7. Causing disunity and disaffection among APC family in Zamfara state.

8. Hiring of Commercial NGOs to issue statements/ultimatum on matters before the law court.

9. Neglecting totally, his primary responsibility of providing leadership in the face of wanton killings, raping and kidnappings of innocent people that he is being paid to protect, thereby portraying APC in bad light both locally and internationally.

10. Spending of Zamfara taxpayers’ money on the sponsorship of protest to remove the law abiding National Chairman of our great party, APC comrade Adams Oshiomhole.