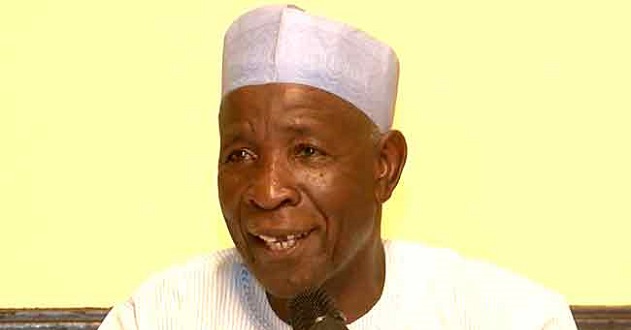 National chairman of the Reformed All Progressives Congress (R-APC) Buba Galadima, on Sunday insisted that the faction of the ruling party under his leadership is not made up of inconsequential members.

Describing his R-APC as the stonger faction of the ruling party, Galadima noted that the national chairman of the APC, Adams Oshiomhole lacks the wisdom to handle the current crisis rocking the party.

He said this on a Channels Television programme, Politics Today, aired on Sunday night.

“Let me say that I don’t think Oshiomhole has the wisdom to do what he is supposed to do, having started with the countenance that some people matter and some are inconsequential.

“We want to say we matter, we are not inconsequential and the kind of group that I lead today is stronger than what he is supposed to lead because of our number and the right thing must be done because this issue is beyond personalization,” Galadima said.

Earlier on the programme, Galadima reacting to a recent statement by Oshiomhole that he was hired and that he was not a strong force in the APC.

He described the former Edo State governor and his APC leadership as mere servants attempting to drive away their landlord.

He said, “I don’t need to talk much in trying to establish my status as a member of the APC. Those who say so (doubt my membership of the APC) might not know because when we were forming the APC, we didn’t see them. They were nowhere. So, how will they know? Let them go to INEC and check who were the signatories. Buba Galadima was the third signatory in the document that merged the parties.

“These people are AGIP — Any Government In Power. We know their antecedents, so we are not surprised that they are saying this.”

On R-APC dumping APC for another party he said, “Go where? You mean that you build a house, roof it, bring in water, light and then once you go out, your servants just lock you out and you want me to clap for them?”

On him and his group being hired and sponsored by the opposition, Galadima said, “Sponsored like how? I have a stake. What will I use money for? Check my background, I have impeccable integrity, an honest individual, a principled Nigerian per excellence not second to anybody, since 1978 till date. I don’t follow the flowers. I follow the grains and that is where I am.

“I am a stakeholder, a foundation member. We formed the APC. We have gone through this road before and people were called names. Do you remember Alhaji Bamanga Tukur of the PDP when such issue occurred? He told the nation that the five governors could go, that it will not affect the fortunes of the party but we know what happened. People should be students of history and nobody can discountennace our contributions, nobody.”

RANCHING: We’ll not donate any land even if… —S’East govs

Angry over split, APC vows to sue R-APC for these 4 ‘sins’