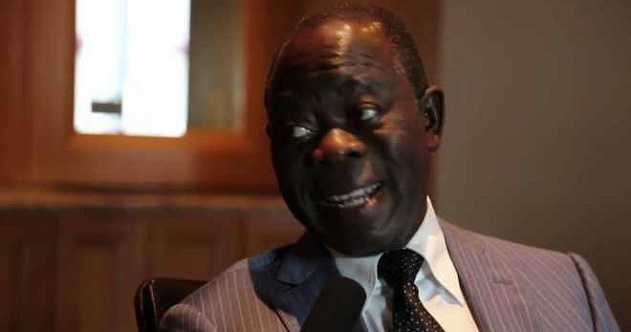 He said the APC did not offer automatic ticket to Omisore either.

In the build-up to Thursday’s rerun election, chieftains of the APC and Peoples Democratic Party (PDP) had met with Omisore, in whose stronghold some of the units in the rerun were.

But the SDP candidate later backed Gboyega Oyetola, the APC candidate who eventually emerged winner of the rerun.

Addressing journalists on Friday, Oshiomhole said: “I said we had a negotiation and had a deal that has to do with the governance of Osun state.

“I didn’t go with money and I don’t have money to give to anybody. He didn’t ask, and there was no basis for him to ask.

“The word automatic ticket has meaning. Having regards to the provisions of electoral act which makes primary mandatory, can you at the same time talk of automatic ticket? Even when I spoke to our National Assembly members, it is not that I don’t know that the word exists, but I simply didn’t find it useful and never used it.

“We agreed that he will have an opportunity for him to contest for a seat on APC platform. Not just for Senate or House of Representatives, but also for House of Assembly.

“While PDP were shouting in the morning that they were going to challenge the rerun, their leader went to Senator Omisore to persuade him to negotiate a possible working arrangement.

“He told us that, yes he has lost, but he believes that he can still win if we have a deal that seeks to address the primary purpose of his participation in the process, which is the governance of the state and specific policy issues that were of concern to him.

“We had a robust conversation and reached an agreement which I think is healthy.”