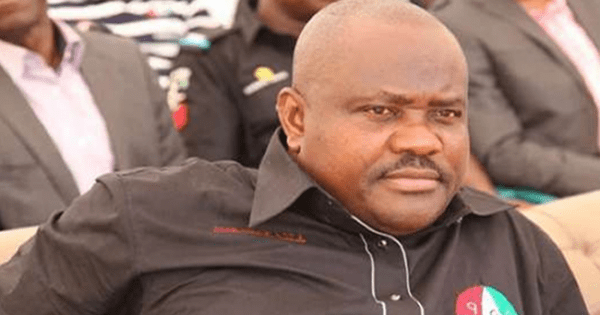 Governor Nyesom Wike of Rivers State has been described as a calamity, a colossal failure in governance and that he is busy destroying the future of the state children.

The state’s main opposition party, the All Progressives Congress (APC) made these allegations in a statement on Sunday in Port Harcourt by Chief Eze Chukwuemeka Eze, the Media Consultant to the state APC chairman, Davies Ibiamu Ikanya

The party said that “the total collapse of the educational sector in Rivers State under the watch of Governor Wike as unacceptable, unfortunate, condemnable, wicked and unjust.”

The statement read in part, “The total collapse of the education sector of Rivers State was further showcased and buttressed by the Rivers State students of secondary school cadre in the very heart of Port Harcourt when they decided to take their destiny in their hands by taking to the streets to protest of lack of teachers and classrooms blocks in their schools insisting that they be relocated to the model secondary schools built by the administration of Amaechi which Wike has kept under lock and key as they can’t continue to study under unfavourable environment any more.

“The party noted that Wike, who have abandoned education in Rivers State, recently donated a whopping sum of ₦500 million to a private university and continued in his squandermina of Rivers State funds through disbursement public funds to his party chieftains, cohorts while the future of our children remains bleak and mortgaged.

“The party noted with great sadness that the rot of our educational system could get to this disgraceful level that our Secondary school students in Rivers State have to be forced to embark upon public protesting of schools without teachers and lack of classroom blocks while Governor Wike Wike demonstrates his hatred and odium for Amaechi by keeping the 350 model secondary School built by Amaechi under lock and key thereby jeopardising the future of our dear children.

“We have not forgotten so soon how Wike wickedly stopped the scholarship scheme instituted by Amaechi to assist indigent and bright children of Rivers State to have a better future thereby forcing most of these students studying abroad into prostitution and other criminal acts in foreign countries. The protest and pleads from some of these students in the streets of London failed on deaf ears.

“To worsen the plight of the education sector of the state, Wike appointed one political jobber named Mr. Tamunosisi Gogo Jaja who spends most of his time sleeping in his office instead of attending to files that have accumulated so much without any space to keep them to completely decimate the education system of our dear state.

“The party reiterated that unlike Governor Wike dismay and abysmal performance, Rt. Hon. Chibuike Rotimi Amaechi had within the first three years in office as Rivers State Governor set Rivers State to the golden path that made it a world acknowledged advanced state in education by declaring a state of emergency on the education sector and completely took over the payment of salaries of primary school and junior secondary school teachers, hitherto the statuary function of local governments, to ensure that education takes its rightful place in the scheme of things. This intervention cost the state government N800 million monthly, to pay salaries of primary school teachers.”