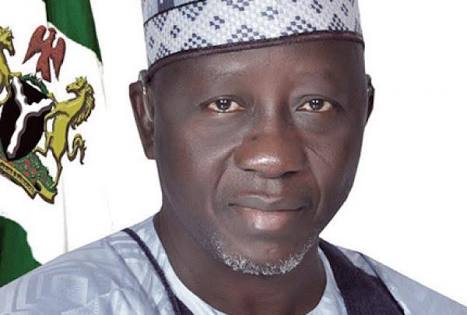 The governorship primaries of the Ekiti State chapter of the All Progressives Congress (APC) held today (Saturday) has been suspended indefinitely.

The exercise which was marred by violence was called off, after agents to the candidates went violent, as protesters disrupted the exercise held at the Oluyemi Kayode Stadium, Ado-Ekiti, the state capital.

The protests erupted, after some party faithfuls complained that there were attempts by some party officials to compromise the process, in favor of a predetermined aspirant

The protest, thereafter turned violent, with gunshots ringing out leading to party officials, aspirants and their followers as well as journalists running for safety.

Chief Ranti Adebisi, the Director General of the Babafemi Ojudu Campaign Organisation, who was among those that started the protest, alleged that the election was being compromised.

Security agents at the event tried to restore order at the stadium, but were having a hard time doing it as voting which started at about 4:30 pm, was later suspended till further notice.

Thirty-three aspirants are vying for APC ticket for the forthcoming July governorship election in the state.

One of the agents had accused one of the aspirants, the Minister of Mines and Steel, Kayode Fayemi, of plots to manipulate the exercise, after some persons snatched the ballot boxes being used for the exercise.

As security personnel were struggling with one of the persons carrying a ballot box, the box fell spilling its content on the ground.

Some of the delegates, on seeing that, angrily carried some of the boxes and destroyed them while security operatives were able to secure some other ballot boxes.

Efforts by governor of Nasarawa State and chairman of the committee organising the election, Tanko Al-Makura, to restore sanity were unsuccessful.

The governor later engaged in a meeting with some stakeholders of the party but none of the aspirants as at the time of filing this report was present at the meeting.

Earlier in the day, a heavy downpour forced the process to commence more than hour behind the scheduled time.

Only four LGAs had voted out of the 16 LGAs in the state with a total of 2,408 accredited delegates when crisis broke out.