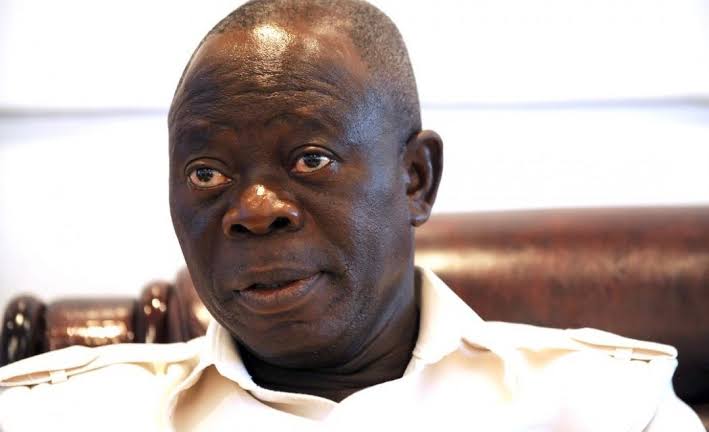 The All Progressive Congress, APC, has reportedly filed fresh documents before the Presidential Election Petition Tribunal in Abuja to prove that former Vice President Atiku Abubakar is not a Nigerian.

The unnamed man in fresh documents filed by the APC who claims to be a close friend of Garba Abubakar, Atiku’s late father, alleged that neither of his parents was a Nigerian and also gave details of Atiku’s early years and how his father died.

In a statement filed by the APC witness, simply identified with the initials – ADM – he said; “l, ADM, adult, Nigerian citizen of Adamawa State do hereby make oath and say as follows:

“That I was a close family friend to the 1st petitioner’s late father. I know the family and I am familiar with the 1st petitioner’s background: who was born on the 25th day of November, 1946 to a Fulani trader and farmer by name Garba Abubakar, from his second wife, Aisha Kande, in Jada village of Northern Cameroon.

“I know the 1st petitioner was named after his paternal grandfather, Atiku Abdulkadir and became the only child of his parents after his only sister died at infancy.

“I also know about the unfortunate incidence of the death of the 1st petitioner’s father in 1957, who drowned while crossing a river to Toungo. a neighbouring village to Jada in Northern Cameroon.

“I do know that the 1st petitioner has, in all his documentations that are made public in national dailies or official gazettes, stated that he hails from Jada town in Adamawa State, from Ganye Local Government Area, regarded as the mother of the whole Chamba ethnic group (Chamba tribe).

“I know as a fact that, as at the time the 1st petitioner was born on the 25th day of November, 1946 to a FulanI trader and farmer, Garba Abubakar, Jada village and other parts of Chamba land in the then Northern Cameroon, were still part of the British Cameroons and not Nigeria.

“The 1st petitioner’s ancestral origin is deeply rooted in the then Northern Cameroon, not Nigeria and I know as a fact that the 1st petitioner is not a Nigerian citizen by birth.

“I know that Ganye which incorporates the 1st petitioner’s birth place of Jada, was the headquarters of British Cameroons, but it joined Nigeria after the plebiscite.

“I know that Ganye was not part of Nigeria as at the time of the birth of the 1st petitioner; on 25th November 1946.

“I am familiar with the historical antecedents of the birth place of the 1st petitioner.

“Ganye area had been entrusted to Britain by a League of Nations Mandate in 1919 and later as Trust Territory by the United Nations in 1946.

“With the defeat of Germany in World War I. Kamerun (as it was known at the time) became a League of Nations Mandate Territory and was split into French Cameroons and British Cameroons in 1919.

“While France integrated the economy of its part of the Cameroons with that of the mother colonial France, the British on the other hand, administered its part (British Cameroons) from neighbouring Nigeria, making Jada, the 1st petitioner’s place of birth, a British franchise.

“I know that a plebiscite was held in British Cameroons to determine whether the people in that territory preferred to stay in Cameroon or unite with Nigeria.
“While Northern Cameroon preferred a union with Nigeria, the Southern Cameroon chose to align with the mother country.

Atiku had earlier countered the claim by the APC that he is not a Nigerian by birth and was not qualified to seek to occupy the office of President.

Atiku, in his response to the APC filing before the Presidential election tribunal, pointed out that he is a Nigerian by birth and was born on 25th November, 1946 in Jada, Adamawa State by Nigerian parents and he is, therefore, a citizen of Nigeria by Birth.

Atiku, who gave details of his early life, also spoke about his working life and political career in Nigeria to support his claim that he is and has always been a Nigerian by birth.