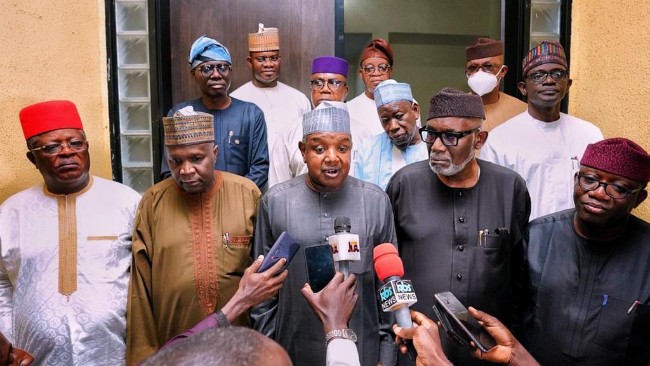 The appeal by a renowned Islamic cleric, Shiekh Ahmad Gumi for the Federal Government to grant amnesty to bandits continues to elicit strong reactions from political observers as the PGF has issued a rejoinder.

In its scathing critique issued on Friday, the Progressive Governors Forum (PGF) via its Director-General, Dr. Salihu Lukman, queried the rationale behind the appeal of Gumi for the bandits calling it ‘a threat to national security.’

The statement issued by Lukman titled: “Nigerian democracy and challenges of nation-building,” also faulted Gumi’s comparison of bandits in the north with Niger Delta militants.

According to the PFG, the conditions which surrounded the amnesty granted to the Niger Delta militants differ from the bandits.

An excerpt from the statement reads, “All arms of the security agencies are fully mobilised and are working in a coordinated way to crush the bandits in Zamfara, Katsina, and Kaduna forests. Interestingly, however, some Nigerian leaders have dismissed the military campaign going on to crush the bandits.

“What a jaundiced view. Maybe Nigeria should return to the era when hundreds of millions meant for arms procurement to fight insurgency, banditry, and other criminality will be diverted and given to religious leaders for prayers.

“Instead of mobilising security agencies to fight the criminals, resources being deployed to fight insecurity in the country should be given to religious leaders to pray for the bandits to come back to their senses.

“This is perhaps what Sheikh Ahmad Gumi is preaching when he insists that government should grant amnesty to bandits in the North just the way the administration of late President Umaru Yar’Adua handled Niger Delta militants.

“Nigerians need to rise to the challenge of regulating the conduct of so-called leaders, including religious clerics.

“Nigerians cannot be facing the challenge of insecurity and some leaders are working to undermine the efforts of the government to crush the criminal elements responsible for all the pains citizens are going through, including the loss of lives of citizens.

“Anytime leaders dismiss actions of the government against bandits and insurgents, they embolden these criminals to continue with their nefarious activities.”

Fiscal federalism, a battle that must be won, Orbih tells S/South Govs