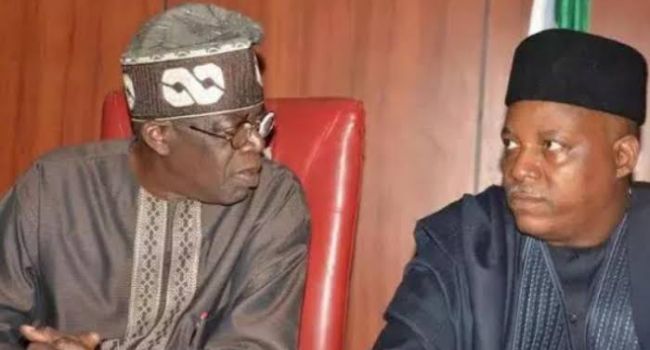 A youth group within the ruling All Progressive Congress (APC), the APC Muslim Youths (APCMY) has condemned the choice of former Borno State Governor, Kashim Shettima as the running mate to the party’s 2023 presidential candidate, Asiwaju Bola Tinubu, saying the Muslim-Muslim ticket at this time would not augur well for the party going into the election.

In a statement issued by the leader of the group, Abdullahi Saleh, on Wednesday after a press conference in Abuja, the APC Muslim Youths said they would have preferred a Christian from the North to be the party’s running mate to enhance its fortunes ahead of the polls instead of the Borno senator.

Saleh explained that the group has rejected the Muslim-Muslim ticket in the 2023 presidential election by the party, saying that all Nigerians should be carried along in all spheres of life.

“It is worrisome that of all the country’s political parties, only the APC have presented a Muslim-Muslim ticket and in our opinion, this is insensitive and a gross display of a lack of respect for our Northern Christian brothers and sisters.

Read also: QuickRead: APC Muslim-Muslim ticket. Four other stories we tracked and why they matter

“The APC presidential candidate, Asiwaju Bola Ahmed Tinubu, is a Muslim from South-West Nigeria, and picking another Muslim from the northpart as his running mate is politically and morally indefensible.

“We are of the firm conviction that such a move can boomerang with unpleasant consequences for the APC at the general elections. The party’s leadership should make haste to correct this error of judgment.

“The implication of non-action in this regard can only be imagined, so much so that the majority of the eligible voters in Northern Nigeria have elected to boycott the APC in protest of the disrespect and disregard to Northern Christians, whose population and relevance in the scheme of things in the region cannot be overemphasized,” the group said.