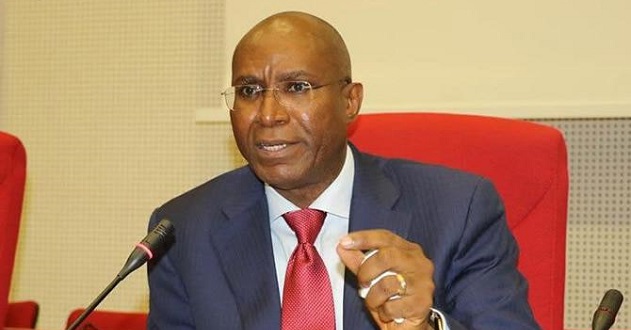 The Deputy Senate President, Senator Ovie Omo-Agege, has expressed concern over the current structure of the All Progressives Congress in the South-South.

He said there is urgent need of the party leaders to consider restructuring to strengthen it for future challenges.

According to him, re-organisation of the party from now will enhance it to clinch some positions in 2023, adding that it would change the notion that the region is a stronghold of the Peoples Democratic Party.

Omo-Agege revealed this when South-South APC members led by the National Vice Chairman, Ntufam Eta paid him a visit to congratulate him at his residence in Abuja following his election as the deputy Senate president.

He said: “The party in the south-south needs to be rejigged. You provided leadership for us, we want you to continue to provide that leadership but the difference now will be the support you are lacking, the support the party did not have then, with this platform given to us, as a party man, we are going to provide the support for you to have a vibrant party because some of us feel bad when we hear that south-south is a PDP zone.

“Some of us were in PDP and we know what we need to do to wipe all those things away from the political space but people need to understand that if you provide enabling environment for our party people, they will succeed but if we just render ab-initio that that area is a PDP stronghold, leave them because they are not many, it will be a challenge and that is the challenge we have been having but God-willing, we are going to change that narrative.

“We are going to provide the support to the party for it to grow and be competitive so that as we head towards 2023, we will have a chance to prove to our brothers and sisters in the south-south that we are ready.”

Speaking on his emergence as the deputy senate president, he said the party’s calculation destroyed PDP’s calculus to outsmart them.

“The victory we are celebrating today would not have been possible without the zonal committee of our party in the south-south.

“In this contest, at a stage we had two ranking senators and both of us equally qualified for the position but in the wisdom of the zonal committee, they took a decision that the two of us should not go into the contest and that one of us needed to be endorsed and recommended for this contest and in their wisdom, they came together, appealed to my colleague from Edo state and decided that I should be the candidate.

“I believe that was the turning point. If the decision had not been made, I don’t think there is anything that would have been able to spur the NWC to meet to take that decision they made which cemented my endorsement for the office.

Related Topics:Omo-AgegePartyrestructuringSenateSouth South
Up Next