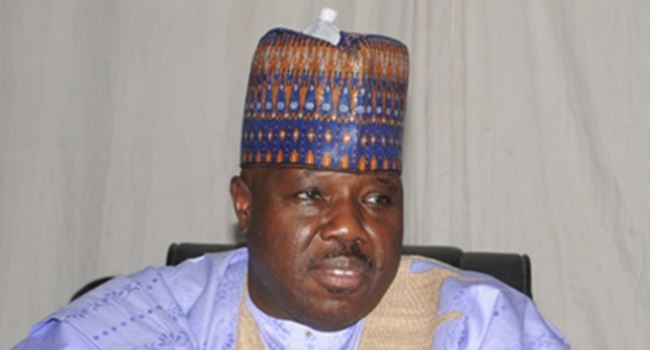 The former governor of Borno State, Ali Modu Sheriff; said on Sunday the All Progressives Congress (APC) needs a “rugged“ national chairman to manage its affairs ahead of the 2023 general elections.

The former governor was one of the several politicians eyeing the ruling party’s chairmanship seat ahead of its national convention expected to hold later in the year.

Sheriff, who addressed journalists on his aspirations and plans for the APC if he emerged the next national chairman in Abuja, stressed that he was not new to the party.

“I will be bringing in my experience as a leader of the National Assembly. I am coming to the table as someone who understands the terrain and as someone who has managed political parties in different aspects.

“I am not a newcomer. I am not a novice. I was the Chairman of the Board of Trustees of All Nigerian People’s Party (ANPP), one of the legacy parties that formed the APC.

“I am bringing to the table my knowledge of who and who worked hard to make sure that we succeed and who and who left because they were angry.

“I will go to their houses and bring them back. So, I am bringing a package that will meet the aspirations of every man and woman of this party.”

Sheriff, who was also the former national chairman of the Peoples Democratic Party (PDP), said he had been going round the country for consultation with APC leaders on his intentions and aspirations.

He noted that the APC as a political party was about six-and-half years, saying that it was a combination of different political parties.

The ex-governor stressed that the party needed someone who had served in different capacities to build bridges across the country.

He added: “To do that you need a rugged captain, you don’t need a captain that will capsize the ship.

“A ship has to be navigated by a knowledgeable person who knows the waters and I believe I can do that for our party if given the opportunity by party men and women who are the decision-makers.

“There are so many people in the field but you can look at everybody and see where you can put your deposit. We don’t want a bank that will collapse after a short period.”