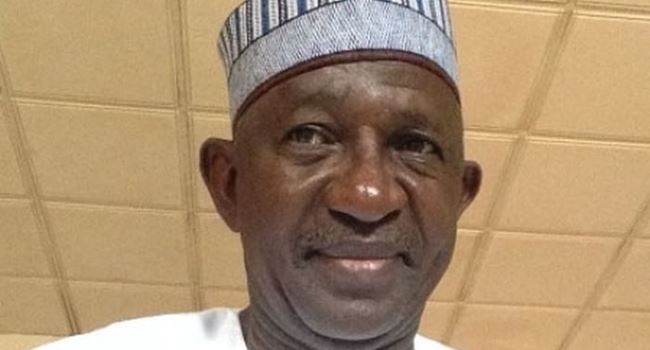 The All Progressives Congress (APC) Deputy National Chairman (north), Lawal Shuaibu has described the party as a “nest of lawlessness”.

He also said that the party was now in comatose and blamed its National Chairman, Adams Oshiomhole as being responsible for the supposed situation the party has found itself.

He stated this in a statement on Thursday, which he entitled “APC and its future, let us exercise caution”.

The statement read: “The ruling party which ought to be a model for others in the upholding of the rule of law, is now the nest of lawlessness.

“Interestingly, all the issues I raised in my said letter have come to pass. Till date, the party, founded on the principles of constitutionalism and rule of law, is now subject of arbitrary administration, without regard for the dictates of the law.

“The ruling party which ought to be a model for others in the upholding of the rule of law, is now the nest of lawlessness. The entire legal framework governing the party administration in Nigeria today, the Nigerian constitution, the party constitution, the electoral act and INEC regulations and guidelines are more honoured by the party in breaches than obedience.

“To buttress my above assertion, the following few examples will drive the point home. By (Article 9.1(ii) and 9.4 (i) of the APC Constitution as amended, pages 6 and 8) every member will be registered at his ward when his or her name is entered in the register by the ward executives.

“My understanding of this provision is that power in the party is exercised bottom up! What this means is that every member of the party is answerable to his constituency. Being a party member, therefore, is a constitutional issue embedded in the membership register.

Read also: Another 15 workers of Ibadan based company test positive for COVID-19

“Also, the constitution of the party stipulates a mandatory meeting of the national executive committee (NEC) every three months (Article 25 B (i) of the APC constitution as amended.). This regular meeting is not only targeted at keeping the members abreast of developments, but ensuring collective responsibility of decision taken by the combined effect of the above provision and Article 18 of the APC Constitution as amended).”

Shuaibu said that the party’s NEC was the main decision-making organ after the convention, and “shall meet every three months. The power to set up standing or ad-hoc committees of the party is vested in the same NEC.”

Accusing Oshiomhole of appointing himself as chairman of the screening committees for governorship/senatorial elections and the final appeals committee, Shuaibu questioned the legality of such appointment.

He also faulted Oshiomhole’s alleged appointment of Waziri Bulama as the party’s acting national secretary on Monday May 18, saying that he was not democratically elected.

“It is this refusal to convene NEC to perform its role that has led the party to the comatose state it is now. My fear is, it is being repeated now for Ondo and Edo.

“The APC constitution in Article 20 (a) made it unambiguously clear, that all party posts prescribed or implied by this constitution shall be filled by democratically conducted elections at the respective convention (in the case of NWC or NEC) or congress (in the case of executive committees at state, local government or ward levels) et tal,” he said.

“There is nowhere in that same constitution where it was envisaged that an officer of the party could be appointed by the chairman nor the NWC.

“Not even NEC has the power to appoint any national officer of the party in any capacity. Let me ask this simple question, what is difficult in organising a midterm convention to elect the officers in line with the constitution so that even the officers will have confidence that they are elected like all other officers.

“The constitution of the party in Article 25 (A) (1) page 89 stipulates that there shall be a convention every two years.

“We had convention in 2018 and another one is due in 2020. What is the hurry in appointing an acting national secretary when we have the duly elected deputy national secretary who has been acting in that capacity since December 2018 in line with Article 14.4 of the constitution on page 58?

“The acting national secretary is a nullity and liable to be challenged by the opposition. Are we deaf and blind? Or is the chairman finally out to bury the party?

“What are the leaders of the party doing in the midst of this anarchy? Are they all equally fed up with the seeming collapsing party in the hands of a politically injured person that seems to be nursing political revenge?

“The leaders need to take a stand so that the followers know whether the party is now either a jungle or that entity of our collective dream at the inception.

“Majority of the members of the party are already perplexed, disillusioned and some even weighing their options. A stitch in time, I believe, saves nine!

“Article 2 of the APC constitution, provides that subject to the provisions of the constitution of the federal republic of Nigeria, 1999 (as amended) and any other laws for the time being in force in the federal republic of Nigeria, the provisions of this constitution shall be supreme, provided that where any rule, regulation or any other enactment shall, to the extent of its inconsistency, be null and void and of no effect whatsoever. This document leaves no room for any form of aberration or brigandage,” Shuaibu said.

He said nothing good should be expected from the forthcoming elections in Ondo and Edo because “there is already absence of transparency.”

He added, “The regulations issued that will guide the processes are already in violation of Article 20 (v) on page 76 of the APC constitution as amended where only the national executive committee is the only organ that shall approve such guidelines and regulations which includes the mode of nominating our candidates. I am crying for the APC inside me! Zamfara, here we come again.”