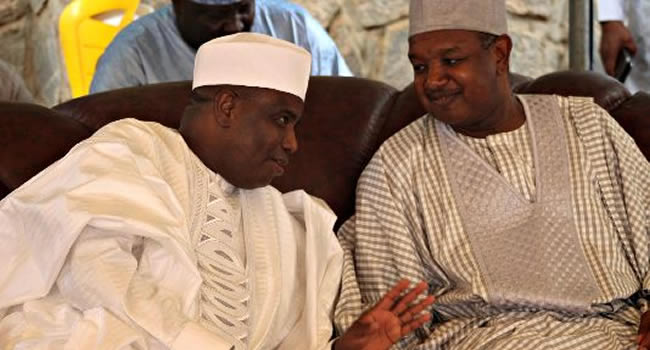 The Progressives Governors’ Forum (PGF) has reacted to the allegation that the Federal Government mandated the Central Bank of Nigeria to print between N60 billion to bridge the shortfall in revenue allocation to the three tiers of government in March.

The Edo State Governor, Godwin Obaseki, made the claim at a forum in Benin, the state capital, last week.

He said: “When we got FAAC for March, the federal government printed additional N50 to N60 billion to top-up for us to share.”

However, in a statement issued over the weekend, by its chairman, Atiku Bagudu, PGF said Obaseki’s claim did not reflect the true position of things.

“To set the records clear and to the best of our knowledge, the total distributable statutory revenue for the month of March 2021 was N596.94 billion.

“Due to the shortfall in gross statutory revenues by N43.34 billion compared to the previous month, an augmentation was made in the sum of N8.65 billion from the Forex Equalization Fund Account, which brought the total distributable revenue to N605.59 billion.

“These payments started since 2008 when the country first experienced fiscal shocks from the fallouts of the global financial crisis of 2008 – 2009. As a trained Economist who has been a governor since 2016, Mr. Obaseki is aware of all the support states have received from President Buhari in coping with the shocks that have resulted from the COVID-19 pandemic and resulting economic recession.”

However, the Peoples Democratic Party (PDP) governors in their reaction have advised their All Progressives Congress (APC) counterparts not to attack Obaseki for merely warning the monetary authorities on the danger of uncontrolled support for the government’s expenditure.

The Director-General of the PDP Governors’ Forum, Cyril Maduabum, made the call in a statement on Sunday.

The governors urged the federal government to plug financial leakages in the system and curb wasteful expenditure.

The statement read: “The PDP Governors Forum is alarmed at the partisan slant a patriotic advise to the federal government by His Excellency, Governor Godwin Obaseki, on its monetary policies has assumed.

“It is unhelpful for the Progressive Governors Forum to join the fray in the manner it did by its recent statement attacking Governor Obaseki who merely warned the monetary authorities about the danger of uncontrolled use of Ways and Means, that is, the printing of Naira, to support the government’s expenditure.

“Governor Obaseki has a background in economics and finance and is a very responsible governor who talks in a measured way.

”His advice, which by the way has been corroborated by none other than the Governor of the Central Bank of Nigeria, CBN, himself, and the international rating agency FITCH, should be heeded rather than being crucified for sounding a note of caution.

“The Federal government should plug financial leakages in the system and curb wasteful expenditure of billions of naira on projects that can be executed by the private sector and save a lot of money in the process, thereby relying less on ways and means by the CBN, which brings pressure on the Naira with its inflationary consequences. Inflation in Nigeria is currently at 18.2 percent, the highest in recent years. We should all be concerned to find ways of stemming the tide.