APC PENDULUM: Who is Next | Ripples Nigeria 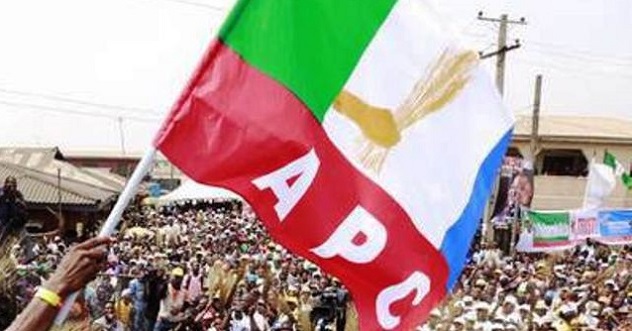 Just like a pendulum which swings freely back and forth under the influence of gravity, the chairmanship position of the All Progressive Congress (APC) has been swinging from all directions by the gravity of crisis making it vulnerable to actors hungry for power in order to claim supremacy even at the deteriment of the party and the nation’s democracy.

On 16th June, 2020, the Court of Appeal sitting in Abuja, FCT, affirmed the suspension of the party’s National Chairman, Mr. Adams Oshiomhole, by his ward in Edo State, and stripped him of his duties and privileges as party chair. This suspension was the fallout of the conflict between him and Edo State Governor, Mr. Godwin Obaseki, which dragged on for over a year and culminated in the governor’s disqualification from the party’s governorship primary on June 12.

Due to this suspension, the contending forces which have been hungry for power within the party embarked on power tussle which led to the emergency of three acting National Chairmen in less than 24 hours of the suspension.

In an attempt to outsmart the others, the National Working Committee (NWC) held a meeting and picked one of the zonal deputies of the suspended Chairman, Senator Abiola Ajimobi, as the acting national chairman of the party.

However, few hours later, the Deputy National Secretary of the party, Chief Victor Giadom, riding on an earlier order of the Federal Capital Territory (FCT) High Court on 16th March, declared himself as the acting national chairman and cancelled the decision of the Screening and Appeal Committees of the former Chairman of the party on the Edo primary.

Read also: Terrorism of the libido!

In order to consolidate this position, Mr Giadom approached the Federal High Court and extended the judgement that made him the acting National Chairman. While the Ajumobi bloc, headed by Eta Hilliard continue the work of the suspended chairman by forming a seven-member election committee to conduct the Edo State APC Governorship primary which Mr Giadom had earlier cancelled.

While the primary election was going on in the State, Mr Giadom wrote a letter to the Independent National Electoral Commission (INEC) to stop the process because it was not authorized by the constituted authority. A letter that drew INEC to the cold war within the party.

Before the Edo Crisis, similar thing had happened in Zamfara State, River State among other States where the court had cancelled the results of the candidates that contested on the platform of the party and requested the candidates with scores next to them to fill up the vacancies that exist as a result of their exist.

Similar thing is likely to happen in Edo State, as the power blocs continue to swing the “governorship primary election’s pendulum” to all directions in order to claim supremacy. For instance, the court recognized acting chairman, Chief Giadom had cancelled the election before they obtained the court injunction in Rivers State which requested him to stop parading himself as the acting National chairman.

Even, if it was before he cancelled the election that the injunction was granted, it might be of no effect because the court that permitted him to act in that capacity and the one that suspended him are court of coordinate jurisdiction.

Though, the NWC led by Ajumobi, represented by Eta, claimed to have expelled him from the party and replcaed him with Worgu Boms , but that does not resolve the damage caused by this infraction on the fortune of the Edo governorship election because what happened in Zamfara is likely to repeat itself again. Thereby creating another window to upturn the will of the majority on the ground of flagrant disobedience of court order which negates the principle of democracy.

Democracy is the system of the majority though, it gives room for the minority to have their says but in a situation where court order is crucified on the cross of absolute disobedience and contest for power supremacy, automatically it will continue to generate crisis which will eventually return to the same court where it will no longer be about the people’s votes but obedience to court order.

Infact, it is the quest for power supremacy that triggered the crisis in Edo State today. It is the battle that led to the closure of the State legislative business and prompted the aborted effort of the National Assembly to take over the legislative functions of the State when less than half of the elected members of the House were sworn in in the night.

The same conflict is responsible for the defection of Governor Obaseki and his Deputy to the Peoples Democratic Party (PDP), created two APC State Chapters, different godfathers that are in the same party but not on the same page. The same is the narrative at the National level.

Therefore, it is high time the president call an emergency meeting of the National Executive Committee in order to know the real Chairman of the party so that Nigerians can enjoy an interrupted dividends of next level promised during campaign. Because, the stability of APC to a large extent determines the stability of Nigeria.

Terrorism of the libido!