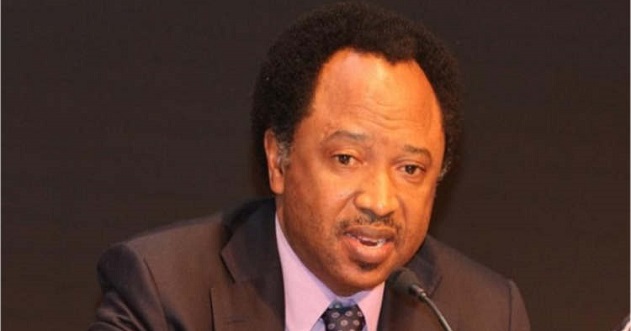 Iduoriyekemwen was the chairman of the All Progressives Congress (APC) Electoral Panel that presided over the party’s recent primaries in Kaduna State.

Iduoriyekemwen, who leveled this allegation against Sani, claimed that the bribe was meant to have him affirm the controversial automatic ticket handed to Senator Sani by the APC National Working Committee (NWC).

He made the allegation in response to the accusation that his committee was bribed to skew the primary election results in favour of some aspirants of the APC in the state.

“The only person in Kaduna State who offered me money was Senator Shehu Sani through one of my committee members, to inform me that N10 million gift was set aside for the committee chairman, and I said we didn’t need the money, asking them what the money was for.

“Even after the primaries, before the announcement of results, Senator Shehu and his men put pressure on us to come and take the money.  He called me several times but we made it clear to him that we didn’t need cash inducement at all,” Iduoriyekemwen said.

He added that Sani even made last-minute attempts to make him accept the offer but failed.

He assured of his preparedness to forward the telephone number of his committee member via whom the pledge of N10 million bribe was announced to the leadership of the panel.

Iduoriyekemwen, was a former Majority Leader of Edo State House of Assembly and one-time board member of the Niger-Delta Development Commission (NDDC).

“While we all await the final decision of the APC, it’s important to alert the public on fresh attempts by the participants and conductors of circus and charade called APC primaries to smear my name. No amount of campaign of calumny or afterthought concoction by compromised elements can justify the charade conducted against their own court order and against the directives of the party.”

Recall that Senator Sani had distanced himself from the Kaduna Central senatorial primaries which held after the senator had already been cleared by the APC as its sole candidate from the senatorial zone.

The controversial primaries conducted in the state produced Uba Sani, an aide to Kaduna State governor, Nasir El-Rufai whom he backed for the Kaduna Central senatorial ticket.

Why I picked Peter Obi as running mate— Atiku