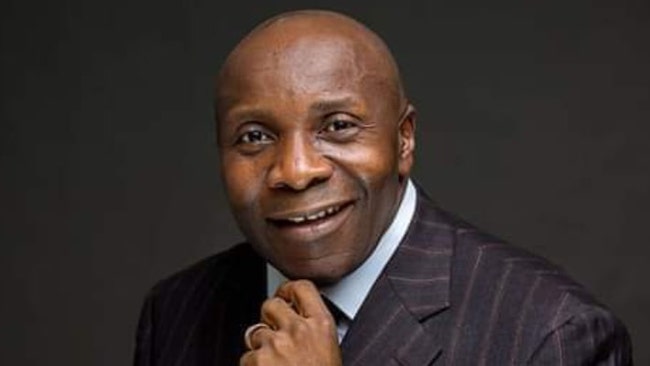 The All Progressives Congress (APC) has criticised calls by the opposition Peoples Democratic Party (PDP) for the resignation of the Central Bank of Nigeria Governor, Godwin Emefiele.

This was contained in a statement issued on Friday by the National Secretary of APC Caretaker Extraordinary Convention Planning Committee (CECPC) Sen. John James Akpanudoedehe in Abuja.

Akpanudoedehe noted that the criticism from the PDP was based on the misrepresentation of a television interview he granted whereby he accused the opposition of looting the CBN while in power.

An excerpt from his statement reads, “Our attention has been drawn to the Peoples Democratic Party, PDP, delusional call for the resignation of Mr. Godwin Emefiele, Governor of the Central Bank of Nigeria CBN over phantom allegations.

“PDP has based its call on a deliberate misrepresentation of a recent television programme interview I granted.

“A look at the PDP statement shows that the writer for apparently mischievous reasons did not quote verbatim, the purported statement.

READ ALSO: APC governors will support ‘sellable’ Osinbajo if he declares for 2023 – Sule

“The recordings of my recent television programme reaction to the massive stealing perpetuated by previous PDP governments are publicly available. Nowhere was Mr. Godwin Emefiele, the CBN Governor accused of any wrongdoing as being mischievously misrepresented by the PDP.

“As stated in the television interview, the APC is not in the habit of joining issues with a sinking PDP which has lost its credibility.

“As a failed opposition party, PDP’s current delusions is apparently a result of its leadership crisis, lost electoral value, and general failure in the eyes of Nigerians.

“Nigerians are still waiting for PDP’s honest apology to Nigerians for its mindless pillage of our national resources, abuse of public institutions, and the diversion of procured loans to fund its political activities and line the pockets of its cronies and family members”.