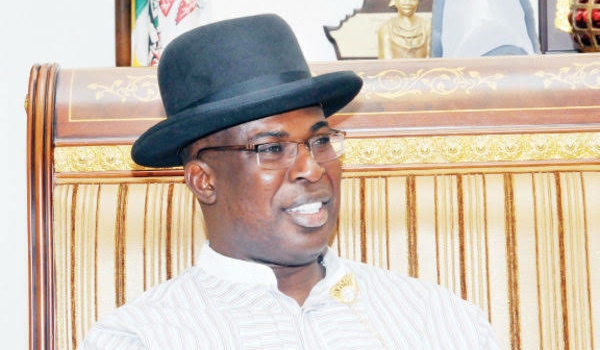 The Minister of State for Petroleum Resources, Chief Timipre Sylva, said on Sunday the All Progressives Congress, (APC) would clinch two senatorial seats in the December 5 by-elections in the state.

The minister listed the senatorial seats in focus as that of Bayelsa West and Bayelsa Central Senatorial Districts.

Sylva, who gave the assurances at the committee rally held in Yenagoa for the party’s candidate in Bayelsa West Senatorial District, Chief Peremobowei Ebebi, said the party has more acceptable candidates for the polls.

Mr. Abel Ebifemowei will represent the party in the Bayelsa Central by-election.

The Bayelsa Central and Bayelsa West seats became vacant following the emergence of Douye Diri and Lawrence Ewhrujakpo as the state governor and deputy governor respectively.

The minister regretted that the former Governor Seriake Dickson, who is the Peoples Democratic Party (PDP) candidate in Bayelsa West, was maligning the image of the APC candidate.

He also described the recent ruling of the Federal High Court, Yenagoa, which barred the APC candidate from taking part in the election as a “miscarriage of justice.”

Sylva said:  “You all know the antecedents of our candidates, Peremobowei Ebebi and Abel Ebifemowei. You also know that the PDP candidates have failed Bayelsa.

“Dickson did not argue that Ebebi was a lawyer, but took him to court on the grounds of his qualification for admission into the Rivers State University of Science and Technology where he read the law.

“It seems to us, the APC family in the state, that the judiciary in the state is targeted at our party and candidates.

“The said judge who gave the procured judgment is sympathetic to PDP. She is partisan and so we are not surprised at the biased judgment that was delivered in favour of Dickson and his party.”

He expressed optimism that the Appeal Court would upturn the judgment against Ebebi and the APC, saying the two candidates would emerge as senators-elect at the end of the polls.