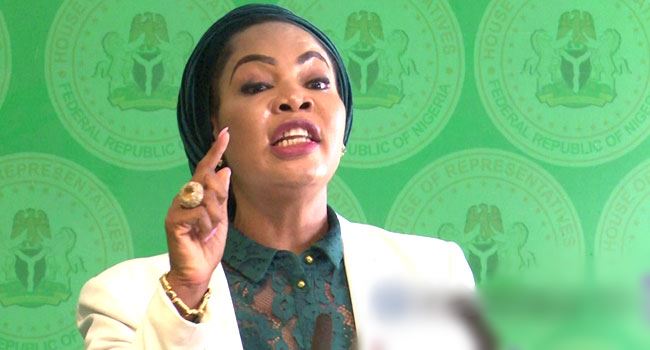 The member representing Isikwuato/Umunneochi Federal Constituency of Abia State in the House of Representatives, Hon Nkeiruka Onyejeocha, has boasted that her party, the All Progressives Congress (APC), will soon take over the entire South-East region with the ruling party set to begin its nationwide re-registration drive.

Onyejeocha who spoke on Saturday when she hosted a delegation of Ndi Igbo elders from Amaibo Oguduasa community in Isuikwuato local government area, said with the APC in power, the people would see more developments coming their way.

While urging the elders to take the APC message to their different wards and urge their people to register en masse, the lawmaker said:

‘In the APC, we are in a hurry to develop Abia North. We are determined to take over Abia State and the entire South-East, and we are committed to transforming Nigeria.

“You should take this APC message to our people in the villages; they should seize the opportunity of the new registration and re-registration exercise created by APC to become members of our great party so that we can get more dividends of democracy from the central.

“Abian should register en masse in APC because that is where the light for Ndi Igbo is.

“In Abia State, we only have two political parties, the APC and others. We have tested other parties in this country and we have never had it this rosy”, she declared.