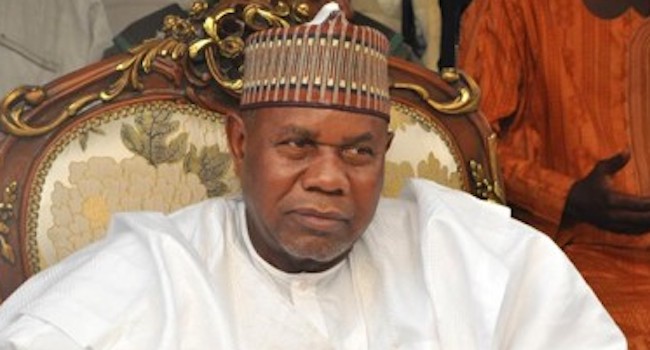 A former governor of Taraba State, Garba Umar, said on Wednesday the All Progressives Congress (APC) would take over the state in 2023.

Umar, who stated this at a news conference in Jalingo, added that the maneuvering which characterised the selection of the party candidates in the past would not come to play in 2023.

He insisted there are more responsible APC members in the state presently.

The ex-governor said: “It is now evident that our party, the APC stands a better chance of taking over power in the state in the coming election.

“As you can see, the party has more responsible and organised people now, I want to assure you that what happened in the past will not repeat itself.

“We are growing from strength to strength as more people are decamping into our party day by day.

“We need people because it’s the people you have in a political party that give the party the strength to excel.”

Umar stressed that the recent mass defection of politicians from other political parties to the APC was an indication that the party would take power from the People Democratic Party (PDP) in the state.

He, however, urged the party stalwarts in the state to be united before and after all processes leading to the nomination and selection of candidates for election.

He also implored party members to support whosoever emerged as the party’s governorship candidate in the 2023 election.

“I am ready to support whosoever emerge as the candidate for the party in next election,’’ he said.

Umar noted that his quest to be the next governor of the state was to continue with the good projects he initiated while serving as the acting governor.

According to him, the people of the state are in need of a leader that will focus on human capital development and security.

“For me, I am in the race to continue with those projects I started that have positive impact on the people.

He added: “I learnt that most, if not all the projects I started have been abandoned.”

Umar served as the deputy governor during the late former Governor Danbaba Suntai’s administration in Taraba.

He served as the acting governor when Suntai was taken to Germany for treatment of injuries he sustained during an October 2012 chopper crash in Yola, Adamawa State.