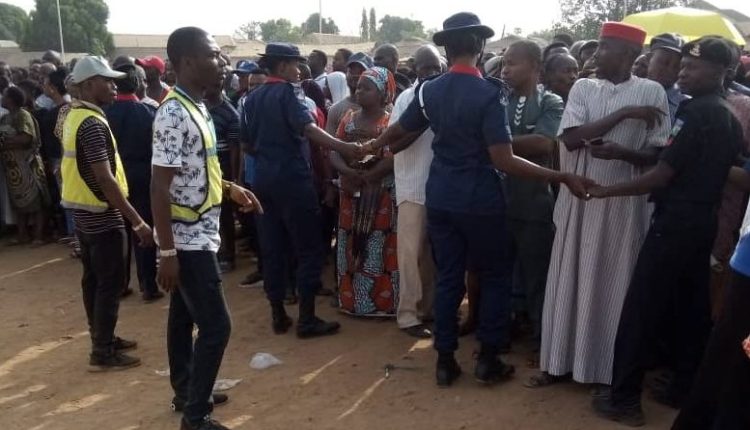 The All Progressives Congress (APC) has won all polling units for both chairman and councillorship elections at the presidential villa, Abuja.

However, Unlike the February 23 presidential election, voter turnout was low in many polling units in the Federal Capital Territory (FCT) during Saturday’s elections.

Despite the low turnout at the two polling units PU) 021 and 022 at the State House, the APC candidate for the chairmanship election scored 290 votes to defeat the Peoples Democratic Party (PDP) candidate who polled 132 votes.

Officials of the Independent National Electoral Commission (INEC) arrived the two PUs located in the villa as early as 7:45am and had to wait for the arrival of voters. The units were scanty with adhoc staff relaxing.

Voting commenced at exactly 8:00am and ended at about 2:06pm. Accreditation and voting was done simultaneously in a peaceful atmosphere.

The Chief of Staff to President Muhammadu Buhari Abba Kyari was among some of the voters who cast their votes in the presidential villa.

Same was the case at the Abacha Barracks Polling Unit, a few kilometers to the presidential villa, the issue of voter apathy was not different as the station was empty with very few voters. Election materials however arrived at the Abacha Barracks polling station as early as 7:39am. The INEC official prepared and waited for voters who came bit by bit to cast their votes.