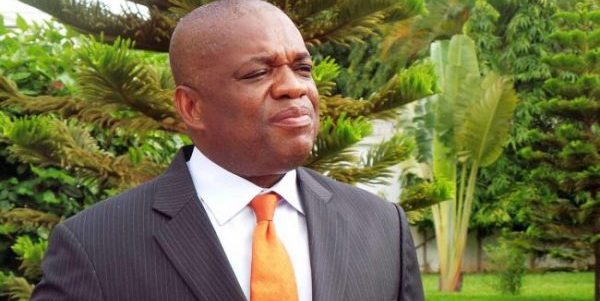 Orji, a former Governor of Abia state, who contested on the platform of the All Progressives Congress, APC, polled a total 31,203 votes to defeat the incumbent Senator Mao Ohuabunwa of the Peoples Democratic Party, PDP, who polled 20,801 votes.

Kalu was declared winner on Sunday by the returning officer for the senatorial election, Dr. Charles Anumodu.

It would be recalled that the former governor has a pending case of corruption running into billions naira hanging on his neck. The case has however remained stuck since he defected to the ruling APC.

However, Ohuabunwa, in a statement by his Campaign Organization, rejected the result of the election.

The statement signed by Mr. Ukpai Ukairo stated that there has not been a return on the Abia North senatorial election, adding that the true position was that results were still being collated.

“It has come to our knowledge that INEC operatives in their haste to arrive at a pr-determined conclusion manipulated the electoral process to the shock of all well meaning patriots who believe in democracy.

“In this respect, it is tragic that INEC could conduct an election without the issuance of form EC40G, a form used to capture cancelled votes and places where there were no voting.

“In the circumstances of the above, we demand that the Resident Electoral Commissioner in Abia State should direct the Returning Officer of the Abia North Senatorial Election to make requisite declaration in accordance with the dictates of Rule 17E(e) of the guidelines for the conduct of elections issued by INEC by cancelling the elections completely”, Ohuabunwa said.