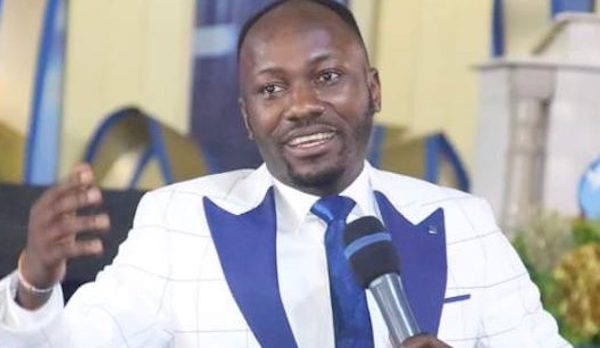 The founder of the Omega Fire Ministries, Apostle Johnson Suleman, has reacted to a planned police probe for alleged adultery.

The Inspector-General of Police, Mohammed Adamu, had ordered the probe of the cleric for allegedly sleeping with the wife of a pastor in the church identified as Mike Davids and threatening his life.

The directive was contained in a letter addressed to the Deputy Inspector-General of Police, Force Intelligence Bureau, Garki and dated January 5, 2021.

In the letter with Reference number CB:7000/IGP.SEC/ABJ/Vol.515/561 and signed by the Principal Staff Officer II to the IGP, Iliya Doma, Apostle Suleman was accused of sleeping with Pastor Faith Edeko, who heads the Abuja branch of the Omega Fire Ministries.

Apostle Suleman, who reacted to the development on his official Twitter handle on Monday evening, distanced himself from the allegations.

He described the allegations as lies and urged the public to disregard the report.

Suleman wrote: “IGP orders probe on me? Where, when?. Maybe my ghost was just reading stories now. Please discard and disregard. There is no such thing. Bad press really sells fast.”

Related Topics:Apostle Suleman
Up Next