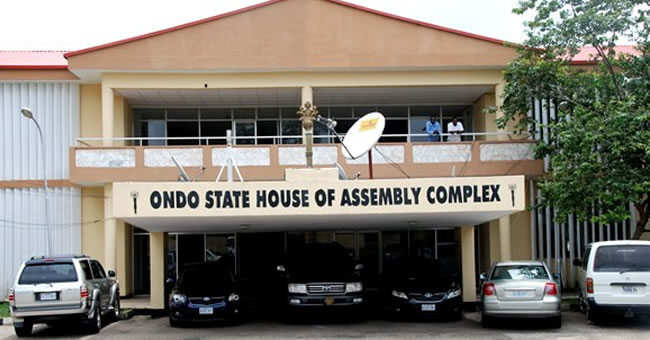 The Court of Appeal sitting in Akure, Ondo State, on Wednesday, dismissed the motion for stay of execution filed by the leadership of the state House of Assembly on a lower court’s ruling ordering the reinstatement of three suspended members of the House.

The Assembly had in September suspended the three lawmakers – Mr. Iroju Ogundeji, who is the Deputy Speaker of the House, Mrs. Favour Tomomewo and Mr. Wale Williams – for alleged gross misconduct.

They were among the nine lawmakers that opposed the impeachment of the state’s Deputy Governor, Agboola Ajayi.

The lawmakers challenged their suspension at the state’s High Court and the court in September asked the Assembly to reinstate them and their entitlements fully settled.

The House appealed the lower court’s judgment and filed a motion for stay of execution at the appellate court.

Justice Omoleye Olabisi, who delivered the lead judgment, described the House leadership’s prayer as frivolous and ordered the immediate reinstatement of the suspended lawmakers.

‘Don’t sit back. Get involved in politics ahead of 2023,’ Dabiri-Erewa tells youths