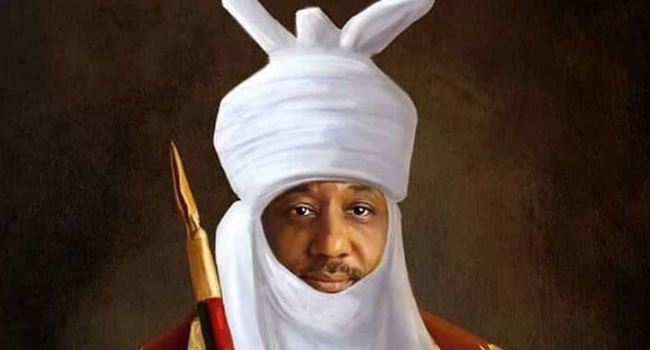 Nigeria’s former Central Bank governor, and erstwhile Emir of Kano, Sanusi Lamido Sanusi, on Friday blamed the rising incidence of corruption on the appointment of incompetent individuals into positions of authority in the country.

Sanusi spoke while fielding questions from a team of Arise Television journalists.

“I think the highest level of corruption is appointing incompetent people into offices,” Sanusi said without referencing any particular administration in the country.

Among other issues, the deposed royal also expressed deep concerns that the leadership the country may throw up in 2023 would not be capable to see Nigeria through its present challenges.

Sanusi said, “If the names being speculated are the sort of individuals that would emerge in 2023, then I do not see us emerging from our present challenges.”

The ousted traditional ruler maintained that sometimes it is not just a matter of corruption, but elected public holders not knowing what their responsibilities are.

“When you deal with corruption, you also have to look at creating opportunities for corruption. Corruption often thrives when you create an opportunity for people to take advantage of. People who do not know why they are there. People who do not have the sense that at the end of their efforts there is a human being.

“I think really, this is our biggest problem and that is why we need to begin to interrogate the way we’ve done things.”

Among other issues, Sanusi also expressed deep concerns that the leadership the country may throw up in 2023 would not be capable to see Nigeria through its present challenges.

Sanusi said, “I mean these are the questions we need to ask ourselves as Nigerians. Should we allow these guys to be playing games with us? Let the governors come out and tell us, instead of saying we want a southern president, let them tell us, this is our candidate for the presidency and let’s look at him.

Also, Sanusi canvassed for more involvement of women in leadership positions in the country at both the federal and state levels.

Zoning the presidency in 2023 will produce ‘useless’ candidates —Sanusi