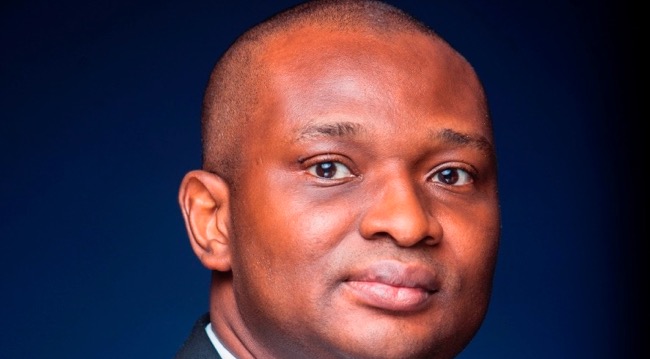 “The overall situation that I encountered in Nigeria gives rise to extreme concern. By many measures, the Federal authorities and the international partners are presiding over an injustice pressure cooker. Some of the specific contexts I examined are simmering. The warning signs are flashing bright red: increased numbers of attacks and killings over the last five years with a few notable exceptions; increased criminality and spreading insecurity; widespread failure by the federal authorities to investigate and hold perpetrators to account, even for mass killings; a lack of public trust and confidence in the judicial institutions and State institutions more generally; high levels of resentment and grievances within and between communities; toxic ethno religious narratives and “extremist” ideologies – characterised by dehumanization of the “others” and denial of the legitimacy of the others’ claims; a generalised break down of the rule of law, with particularly acute consequences for the most vulnerable and impoverished populations of Nigeria”[2].

In international law, instruments against extrajudicial killings includes; the Universal Declaration of Human Rights (UDHR), the African Charter on Human and People’s Rights (ACHPR), the International Covenant on Civil and Political Rights (ICCPR), Basic Principles on the Use of Force and Firearms by Law Enforcement Officials (BPUFF), United Nations Code of Conduct for Law Enforcement Officials (CLEO), Principles on the Effective Prevention and Investigation of Extra-Legal, Arbitrary and Summary Executions, UN Model Protocol for a Legal Investigation of Extra-Legal, Arbitrary and Summary Execution. In Nigeria, some of the laws include; the Constitution of the Federal Republic of Nigeria (1999); the Criminal Code and the Criminal Procedure Act (both applicable in the Southern States in Nigeria); the Penal Code and the Criminal Procedure Code (both applicable in the northern states in Nigeria); the Administration of Criminal Justice Act 2015 (ACJA) and Administration of Criminal Justice Law (ACJL) in states that have domesticated the ACJL; the Nigeria Police Act and Police Force Order 237.

Instances when the use of Firearms/lethal or potentially lethal force is authorized.

Instances when the use of Firearms/lethal or potentially lethal force is unauthorized.

The police is not authorized to use firearms/lethal or potentially lethal force in the following circumstances: (a) If an officer reasonably believes that an alternative to the use of deadly force will avert or eliminate an imminent danger of death or serious bodily harm, and achieve the law enforcement purpose at no increased risk to the officer or another person; (b) Use of firearms for warning shots either to summon assistance or to give signals or to warn a fleeing felon to stop; (c) Firing at or from Vehicles; (d) Pointing of Firearms at Persons.

Individual Officer’s Responsibility in the Use of Firearms

The Revised Force Order 237 is emphatic “…… Police Officers are individually responsible for their actions, including senior officers for their instructions and supervision or lack thereof. If they use force or make an arrest or carry out any other coercive action against a member of the public they will be held responsible. If they have acted unlawfully, they may be subject to an investigation and to a disciplinary hearing. Therefore, the ultimate responsibility for the use of force or firearms rests with the individual officer, who is answerable ultimately to the law in the courts. Individual officers are accountable and responsible for each round they fire and must be in a position to justify them in the light of their legal responsibilities and powers. The Officer concerned, whether intentional or otherwise, must report any discharge of a weapon other than in training. The pointing of a firearm at any person constitutes a use of force, an assault and must also be reported and recorded. It is, therefore, of the utmost importance that, all Police Officers realize how very essential it is to guard against the slightest misuse of firearms or force. Police officers are to exercise the utmost forbearance humanly possible and that prudence can dictate, before resorting to the use of a lethal weapon, which may result in the wounding or causing the death of a human being. A Police Officer must remember that his action in using firearms, which results in causing death or wounding of a human being is open to investigation by the courts and he is liable to be held responsible for his action under criminal law; if the court finds that his use of firearms was unreasonable in the circumstances”.

The Revised Force Order 237 is a significant improvement on the previous. If effectively implemented, it will significantly reduce incidents of extrajudicial killings. But to ensure effective implementation; certain other key areas need to be addressed. Some of these areas have been well articulated in the 2009 Amnesty International Report “Killing at Will: Extra-Judicial Executions and Other Unlawful Killings by the Nigeria Police” They include:

The Nigeria Police Force (NPF) has several mechanisms to monitor police behaviour, such as the X Squad, Police Service Commission (PSC), and the Nigeria Police Council. The X Squad is the internal police body responsible for detecting police corruption. The Police Council is responsible for overseeing the organization, administration and general supervision of the NPF and for advising the President on the appointment of the Inspector General of Police (IGP) and the Police Code of Conduct. The PSC has the authority to appoint, discipline and dismiss all officers except the IGP. The PSC also has the authority to formulate policies and guidelines concerning appointment, promotion and discipline with the NPF. Finally, the PSC has the mandate to investigate human rights violations by the police and recommend disciplinary action.

None of the oversight institutions has sufficient authority or will to hold police officers to account. The UN Special Rapporteur on extrajudicial, summary or arbitrary executions in 2006 observed that the NPF’s mechanisms for investigating police misconduct are impressive – but only on paper.

“The system has rarely worked in cases in which police are accused of extrajudicial executions. In these instances, genuine investigations are rare and referrals to the DPP for prosecution are even rarer. It is also not uncommon for the primary accused police officer to escape, for charges to be brought against others, and for the latter to be acquitted on the grounds of insufficient evidence or of prosecution of the wrong officers. The result gives the appearance of a functioning investigative system, while in fact promoting the goal of defacto police impunity”.

(b) Chronic lack of resources

The NPF still grapples with limited capacity for intelligence and scientific investigations. Police stations lack the resources to investigate complex crimes that require specialized skills and although all police stations are obliged to keep records, many do not keep adequate documentation of their work. There is no database for fingerprints, systematic forensic investigation methodology or sufficient budget for investigations. There are few forensic laboratory facilities in the country and limited numbers of forensic staff. It is this lack of basic investigative tools that tempt police officers to employ torture to obtain confessional statements which most times results in extrajudicial killings.

In recent years, the NPF has vastly expanded its ranks. Nearly 60 per cent of staff has been recruited in the past 20 years. This explosion, as a result of the mass recruitment exercise, has turned the police colleges more into concentration camps than training institutions. The nation is now saddled with a very large number of poorly trained and ill-equipped officers and many men and women whose suitability to wear the respected uniform of the Force is in doubt. NPF’s training facilities are overstretched and under-resourced. Efforts are now being made to create more training institutions. The Nigerian Police now have about 28 training institutions across Nigeria.

Most victims of extrajudicial killings are poor and cannot afford lawyers and when they can the authorities are not responsive. When court orders for compensation are obtained it is not paid.

Extrajudicial killings by security agencies in Nigeria are widespread and go largely un-investigated and unpunished. Whilst it is difficult to state the exact numbers, it is common knowledge that hundreds of people, at least, are extra-judicially killed every year. Over the years, many national and international organizations have expressed their concerns over extrajudicial killings in Nigeria. In 2018, the Federal Government in response to extrajudicial killings by the Special Anti-Robbery Squad (SARS) set up a Presidential Panel on Special Anti-Robbery Squad (SARS) Reform and the establishment of state and local government police. The report of the committee has not been fully implemented. Ending extrajudicial killings in Nigeria require both a change in the culture of impunity and legal reform. The NPF has begun that process by revising Police Force Order 237. It is expected that other identified areas such as weak oversight mechanisms, chronic lack of resources, untrained and unqualified personnel and the high court of justice will also be addressed. The Federal Government and Nigerian Police should, therefore, focus on the following:

End Impunity: Unless suspected perpetrators are brought to justice following international human rights standard, extrajudicial executions and other unlawful killings will continue. Comprehensive internal and external accountability mechanisms are critical. The Police Service Commission must have adequate financial and human resources to fulfil its mandate. Also, investigations into complaints and reports of extrajudicial executions by the NPF should be conducted by an independent, transparent body; not by the NPF.

Training: The NPF urgently needs to ensure that all police officers receive adequate initial and ongoing training. All training should include responsible use of force and firearms in line with national and international human right standards.

Respecting the Right to Remedy: Families and dependents of people who were extra-judicially killed by the police have the right to know what happened to their loved ones. They must access justice and be entitled to full reparation, including financial compensation. All allegations of extrajudicial killings should be investigated by an independent body, which has the power to investigate cases and refer them to the Director of Public Prosecution (DPP). Witnesses should be provided with adequate protection.

Respecting the Right to Life: Federal and State governments should value the life of its citizens. They should stop advocating violence by expanding crimes that carry the death penalty.

Proliferation of security agencies: Federal and state governments should stop creating security agencies and authorizing them to carry arms. Section 214 of the Constitution of the Federal Republic of Nigeria, prohibits the establishment of any other police force for the federation or any part thereof. The National Assembly is only allowed to create branches of the NPF for protection of harbours, waterways, railways and airfields.