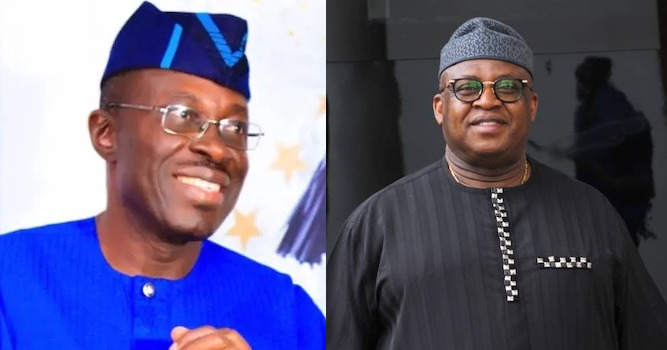 There were insinuations that the PDP National Chairman, Iyorchia Ayu, paid some PDP leaders a certain amount of money after the conclusion of the party’s presidential primary on May 28.

Another group claimed the money was offered to the party leaders in a bid to cover up the alleged misappropriation of N15 billion belonging to the party.

The former Senate President is under growing pressure from some members of the party loyal to the Rivers State Governor, Nyesom Wike, to resign from the position over his alleged role in the post-presidential primary crisis rocking the party.

The governor had last week accused Ayu of collecting N1 billion from a presidential aspirant in Lagos and failed to remit the money to the party’s account.

Arapaja had said in the letter he refunded N36 million paid to him to the party’s account.

He wrote: “I observed a malicious story reported in the Nations Newspaper of 26th September, 2022 where it was alleged that members of the National Working Committee were offered humongous amount of money to silence us over an allegation of financial misappropriation to the tune of N15 billion.

“This led me to browse through my various alerts and I discovered a transfer of N36 million from the party.

“I have my reservation about this money transferred into my account and for personal reasons, wish to return it accordingly.

Orbih said he paid N28million to the PDP account.

He said: “Dear Dr. lyorchia Ayu, my attention has been drawn to a damaging trending story reported in The Nation Newspaper by Yusuf Alli on September 26, 2022 titled :“Disquiet in PDP NWC over N10 billion nomination fees.

“Amongst several other allegations, he alleged that members of the NWC were offered N28 million to gloss over scandalous financial misappropriation.

“To my shock and surprise, it has been confirmed to me by my bank that the sum of N28,800,000. has been credited to my account by the party.

“I hereby notify you of my decision to pay back the money to the party’s account.

“When I enquired from your office, I was told that the said sum is for two-years house rent for me as a member of the National Working Committee.

“Since after the lodgment of the money into my Bank Account, I have been inundated with many phone calls from party members, friends, family members and the general public, insinuating that the said money has been given as a Bribe to bring me and other NWC members on the side of the National Chairman, following the crisis between him on one side and the Governor of Rivers State, Governor Nyesom Wike/ Wike’s Group on the other side.

“In addition, some National Newspapers/Social Media Platforms have also carried stories accusing the NWC members of being placated with bribe of N28,800,000.00.

“This development has made me very uncomfortable.

“Having found myself in such an embarrassing situation, I am hereby refunding to the bank account of our great party at the PDP National Secretariat; Globus Bank, Account number: 1000095003, the sum of N28,800,000.00 only, earlier paid into my bank account.

“At an appropriate time, when things normalize, whatever is due to me as my house rent could be paid to me. Thank you for your cooperation as we continue to work together in uplifting our great party.”