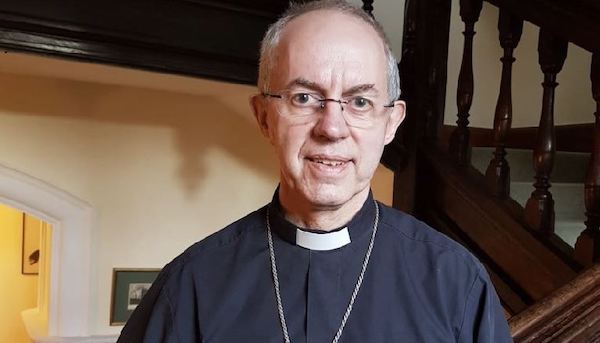 The office of Archbishop of Canterbury has acknowledge receipt of an open letter by the Socio-Economic Rights and Accountability Project (SERAP) on the continued detention of #RevolutionNow protest convener, Omoyele Sowore, and Bakare Olawale, by the Department of State Services despite that the two men have been granted bail by the court.

SERAP had last week called on the Archbishop of Canterbury, Most Revd Justin Portal Welby, to “use his good offices and leadership and his friendship with President Muhammadu Buhari to prevail on him to obey court orders most recently involving activists Omoyele Sowore and Olawale Bakare who remain in arbitrary detention despite a court order for their release.”

The body had expressed concerns about the trend of state governments and the federal government using the court as a tool to suppress human rights.

The Archbishop responded through a mail by the Chief Correspondence Officer at the Lambeth Palace, Dominic Goodall.

According to SERAP’s Deputy Director, Kolawole Oludare, Goodall explained that the archbishop was unable to “respond personally in detail.”

Oludare said SERAP “is delighted that our letter and the concerns that it raised have caught the attention of the Archbishop.”

He said, “Given his public record for justice and human rights, we have absolutely no doubt that he will prevail on President Buhari to obey not just the court order for the release of Sowore and Bakare but all court orders.

“But it should never have reached this level, as the government ought to have obeyed court orders as a matter of routine.”