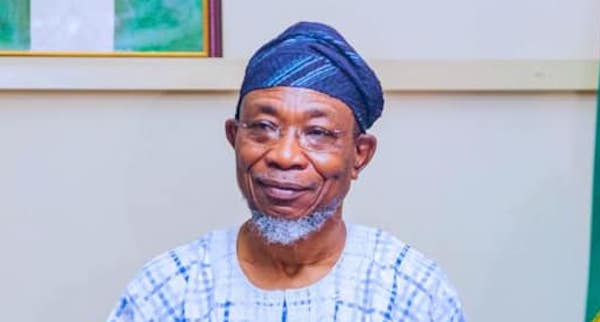 The Minister issued this warning, on Tuesday, during the unveiling of the enhanced e-Passport and the Commissioning of the Central Passport Production Centre that would serve the states of Edo and Delta, in Benin City, Edo State.

He added that the Benin office was opened to serve Edo and Delta states because outside of Lagos, Edo had the most passport applicants.

Furthermore, Aregbesola disclosed that the enhanced passport has a faster processing timeframe and would meet the target of six weeks to get a new passport and three weeks for renewal.

He said: “President Muhammadu Buhari’s charge is very explicit to make life easy on getting a passport. Buhari expressed concern especially those abroad in getting passports. So what we are doing now is ro remove all the hurdles. We have 10, 000 passports on this platform so every Nigerians desirous should be able to get it.

“For our men who are quick to tell people that there are no passports just to exploit them, those who give unkind and harsh treatment to passport seekers will be dealt with henceforth.

“Very soon, there will be signposts in all passport offices all over the country where numbers that the public can easily call if they are being treated shabbily by men of the NIS.

“I can assure you that by December this year, the entire passport issuance process will be digitized.”

The minister also disclosed that in two years, a total of three million passports were issued to Nigerians looking to leave the country.

He said, “It will interest you to know that between 2019 and now, as difficult as that era, the Nigerian Immigration Service has issued over three million passports to Nigerians. It is unprecedented in the history of Nigeria.

He said President Muhammadu Buhari expressed regret hearing that Nigerians are always denied Passports, stressing that with the Enhanced e-Passport, denial of Passports will now be a thing of the past.

He urged Nigerians seeking for Passports to avoid shortcuts and always apply on time to avoid falling into wrong hands.

‘I have not abandoned Yoruba Nation agitation,’ Sunday Igboho insists