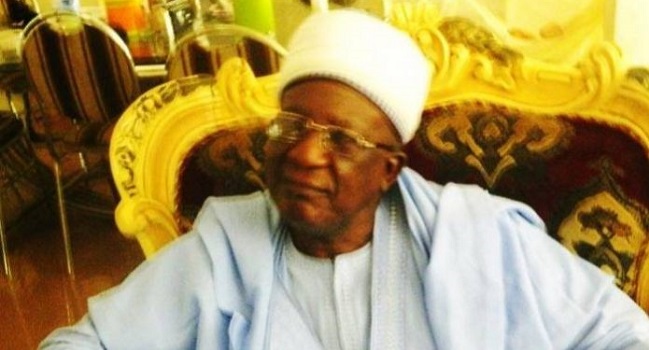 The Federal Government of Nigeria has been charged to put an end to the wave of senseless killings across the country, and take the battle to the criminals perpetrating crime wherever they are.

The call was made Wednesday by the Arewa Consultative Forum (ACF) after it rose from its National Executive Council meeting. The group also urged the government to take measures that will restore peace in the states.

During the NEC meeting, presided over by the ACF Vice Chairman, Senator Abubakar Girei, who stood in for the Chairman, Alhaji Musa Liman Kwande, the ACF discussed exhaustively security challenges in Zamfara, Katsina, Sokoto, Kaduna and Taraba states.

The ACF in a communique issued by the ACF National Publicity Secretary, Muhammad Ibrahim Biu also described the governors’ attitude towards the development of education as unfortunate noting that the lack of attention to such children, has pushed up to over 10 million the number of Almajiri children roaming the streets in the northern part of the country.

The communiqué reads: “The Council noted the effort of the security agencies and urged them to do more and take the war to the criminals that have continued to make life unbearable to our people.

“The Council calls upon Federal Government to take drastic measures that will restore normalcy, peace and harmony in the affected states in order to assuage the fears of the people, in particular Zamfara State, where the bandits’ activities have been most cruel and devastating to the socioeconomic and political life of the people.

“The Council also notes with concern the most recent communal clashes between the Tiv and Jukun communities in Benue and Taraba states respectively with attendant loss of lives and destruction of properties on both sides.

“The Council condemns this unnecessary enmity between communities that have peacefully co-existed over the years and called on the states affected to put in a peace building mechanism that will ensure harmony among the various groups.

“The Council notes with concern the recent communal clash between Mada ethnic group and Fulani settlement in Akwanga Local Government Area of Nasarawa State and condemns such heinous crimes. It calls on the security agencies to fish out the perpetrators and bring them to justice.

“Council also appeals to the communities to avoid using reprisal attacks as a way of addressing concerns, since such reprisals make victims of those who know nothing about the feuds. It, therefore, appeals for due process in addressing such grievances among the various communities.”

On out-of-school children, the ACF said: “On the issue of more than 10 million children that are out of school in the North, the Council noted with concern the increase in the number of Almajiris and children roaming the streets and the unfortunate attitude of our states governors towards the development of education.

“Recently the Emirs and chiefs in the North organised a conference on this burning issue and issued a communique on how the Northern states should tackle the situation. Unfortunately, very few states attended the conference or even sent representatives.

“Furthermore, the Minister of Education recently lamented the attitude of state governments to accessing funds at the Universal Basic Education Commission for primary education development by paying their counterpart funding.

“This is an unfortunate development, Council therefore appealed to the Northern state governments to seriously address this out-of-school children menace to avoid further escalation of insecurity and other vices that have bedeviled the North. Illiteracy, poverty and drug abuse are a result of poor education and nonchalant attitude of our leaders to good governance.”