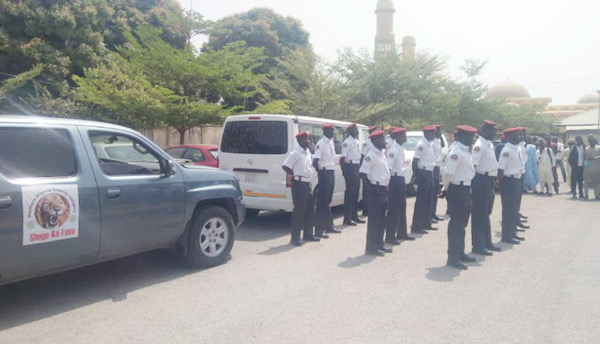 The Joint Action Committee of Northern Youth Associations, the umbrella body of Arewa youth groups, has distanced itself from the proposed northern security outfit codenamed: ‘Shege-Ka-Fasa’.

This was revealed in a statement issued on Friday by Murtala Abubakar, leader of the association who further claimed that some northern elders were behind the move to floating the security outfit with a proposed operational headquarters in Kaduna State.

Speaking further, Abubakar said that since the initiators, the Coalition of Northern Group (CNG) did not reach out to them before going ahead to launch Shege Ka Fasa, the Arewa version of Amotekun, they are not a party to it.

He said; “As you may be aware we are working with patriotic pan northern groups like ARDP, SABMF and host of other in a proactive way in proffer intellectual and pragmatic solutions to many challenges confronting us as a region.”

“The so-called launch of operations ‘Shege Ka Fasa’ was rather an emotive response to a serious security challenge our region is currently facing.

“Today, the north, through the collaborative way with critical stakeholders representing the political class was the governor of Katsina State, the sultan represented the traditional institution and other civil society groups inaugurated a security monitoring committee to help bring to an end the serious security challenge facing us,” Abubakar added.

The spokesman of the CNG, Abdul-Azeez Suleiman, who announced the establishment of the security outfit at a news conference in Kaduna, said the group had written to the Northern States Governors’ Forum (NSGF) to support the initiative.

He said if the governors and leaders from the region fail to provide the necessary support for the initiative, the CNG would obtain the required legal backing for the outfit from the relevant federal authorities.

According to him, the Shege-Ka-Fasa is designed as the vanguard of the entire northern region, encompassing every ethnic group and religion and would be patriotic in its operations in addition to enhancing security in the region.

The northern elite created these bandits