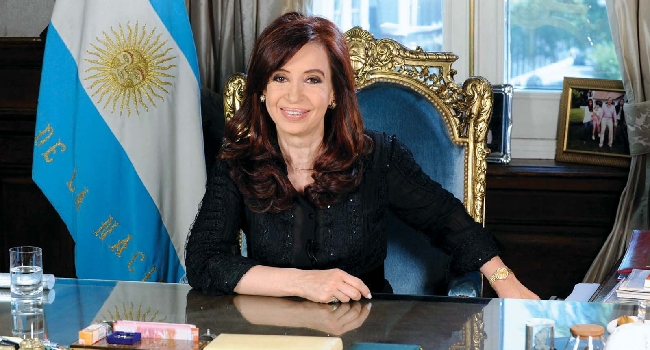 Argentine Vice President, Cristina Fernández, was on Tuesday convicted and sent to six years in prison after being found guilty of embezzling $1 billion through public works projects during her presidency from 2007 to 2015.

This was the first time an Argentine Vice President has been convicted of a crime while in office.

She described herself as the victim of a “judicial mafia, adding that she would not run next year for the presidency.

“This court has been a true firing squad. Prosecutors have dedicated themselves to disrespecting and insulting me”, the popular politician said.

It has been analysed that the judgement might not stand as she remains immune from arrest for the main time.

However, Fernández’s supporters vowed to disturb the country with a nationwide strike.

They marched on the federal court building, beating drums and shouting as they pressed against police barriers.

“I am here to defend Cristina. We defend her for what she has done and what we know she can continue to give,” her 50-year-old supporter, Marcelo Graziano, said outside the courthouse.