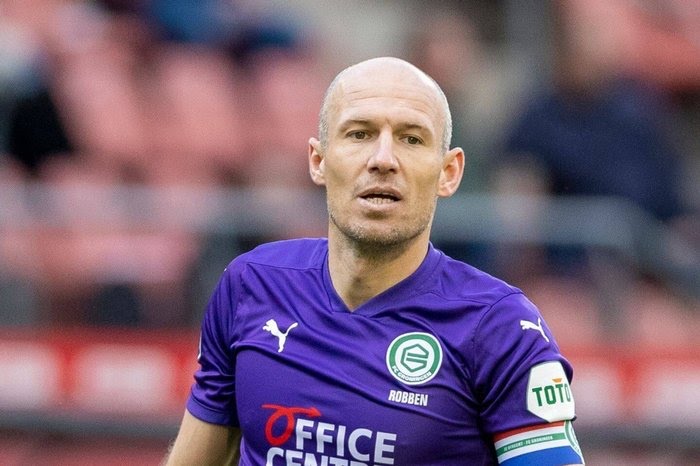 Former Netherlands winger, Arjen Robben has called it quits from professional football for the second time.

The 37-year-old had in 2019 hung up his boots before reversing the decision to return to his first club Groningen last season.

Robben, a Chelsea legend who back-to-back titles under Jose Mourinho in 2005 and 2006, has decided to end his playing career for good.

“I have decided to end my active football career, it was a very difficult choice. I want to thank everyone for their heart-warming support,” he wrote on Twitter on Thursday.

Read Also: Players who move to China are wasting their careers – Arjen Robben

He also played at PSV Eindhoven, Real Madrid and Bayern Munich, and won 96 caps for his country, scoring 37 goals.

Robben is also a Bayern legend as he showed his best form at the Bundesliga side, following his 2009 move from Real Madrid, where he won the La Liga in his first season.

The winger helped Bayern to a treble four years later by scoring in the Champions League final win over Borussia Dortmund at Wembley. He stayed in Bavaria until his first retirement.

Robben, who played in the 2010 World Cup final with Netherlands, quit international football in 2017 when they failed to qualify for the 2018 tournament in Russia.