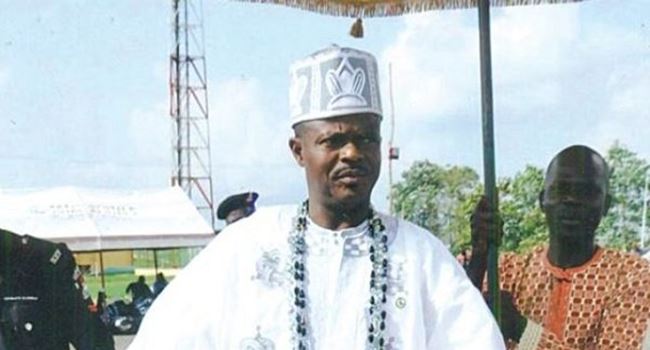 The Paramount Ruler of Yewaland and the Olu of Ilaro in Ogun State, Oba Kehinde Olugbenle, has cried out over alleges planned invasion of towns and communities in the state by armed herdsmen.

Oba Olugbenle made this rallying cry on Saturday while playing host to a member of Ogun State House of Assembly, Hon. Wahab Egungbohun, who paid him a courtesy call.

The monarch added that he had gotten intelligence report that gun-wielding herdsmen have concluded plots to attack key towns in the Ogun West Senatorial District as they have been doing in remote villages in the last one week.

The Oba said it has become necessary to alert President Muhammadu Buhari, Governor Dapo Abiodun and all security agencies in the state on the “sustained siege on Yewaland by suspected arms-bearing herdsmen and the attendant loss of lives, outright slaughtering of people, maiming and destruction of property by the marauding herders.”

“A stitch in time saves nine. It is high time President Buahri, Governor Abiodun and the security agencies sit up and live up to the expectations of the people to nip the looming crisis in the bud,” Oba Olugbenle said.

He added that in the last one week, no fewer than seven persons, including four persons allegedly killed on Friday night, have been hacked to death by persons suspected to be criminal herdsmen.

The Baale of Igbooro, Abidemi Akorede, who was also at the Oba’s palace confirmed that four people in his community were killed in an attack on Friday night by the herdsmen.

In his response, Hon. Egungbohun, who grieved over the gruesome killing of his people, lamented that the alleged murderous activities of criminal herders is putting the people of the zone through untold hardship.