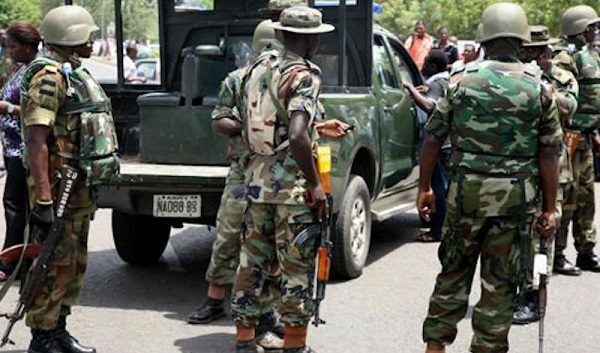 The Nigerian Army, on Saturday, assured residents of Delta State, especially those residing in the coastal communities, of adequate security and safety ahead of the festive season.

According to Brig-General Jallo, Operation Crocodile Smile has become an annual event in the calendar of the Nigeria Army, noting that the exercise was aimed at providing adequate security for residents of the state during the yuletide and to consolidate on the gains achieved so far, in the course of the year.

Jallo also disclosed that the main event was earlier flagged off at Asaba, the state capital, under the chairmanship of Governor Ifeanyi Okowa, adding that it was taking place simultaneously in Koko and Ughelli towns.

The General also emphasized that the exercise was for the benefit of Deltans, stating that the Army would spare no efforts in ensuring peace and security across the state during the coming Yuletide, urging other security outfits to abide by the rules of engagement while maintaining professionalism throughout the exercise.

Also speaking at the event, the Commander, Sector 1, Operation Delta Safe (OPDS), Col. Sanni Ahmed, have assurance that his troops would carry out their assignment professionally, diligently and within the ambits of the law.

Ahmed attributed the success recorded in the past to the synergy the Army enjoyed with other security agencies and promised to sustain it.

Related Topics:DeltaNigerian Army
Up Next

Northern women cry out over insecurity