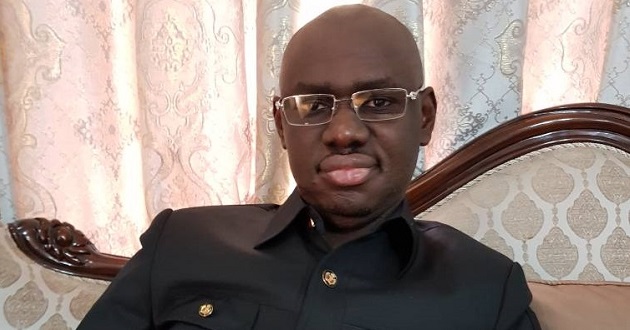 A former deputy national publicity secretary of the All Progressives Congress (APC), Timi Frank, has cried out over alleged plots by the Chief of Army Staff, Lt. General Tukur Buratai, to kill him.

The military had in an online message accused Frank of being a “Protagonist of Fake News.”

But in his response, Frank in a statement said branding him a protagonist of fake news was diversionary, saying that the real plot by Buratai and the military was to eliminate him.

“It is sad to note that the Army under Buratai has degenerated to this abysmal level of partnership.The Army and Buratai have just shown to be the peddlers of fake news themselves by putting out my name in such a manner. This I must say portends a great danger to the country, Frank said.

According to him, his sin against the military is his constant disclosure of clandestine midnight meetings between Buratai, the chairman of the Independent National Electoral Commission (INEC) and President Muhammadu Buhari.

“Buratai is after my life for speaking truth to power. I want Nigerians and the international community to hold Buratai and the military responsible should any harm befall me in the years ahead as the army chief has vowed to bring me down wherever he finds me. But God shall thwart the counsel of the ungodly.

“I insist that Buratai and the chairman of INEC have been holding nocturnal meetings with President Buhari on how to achieve unearned victory for the APC during the elections which they have now done.

“Let Buratai tell Nigerians if he ever had any midnight meeting with the President and the INEC chair in the run up to the last two successive elections instead of blackmailing and calling me names.

“But despite all of this intimidation, harassment, blackmail and name calling against my person, I remain undeterred. I will continue to expose their crimes against Nigerians and the nation’s democratic process by using its men to subvert the express will and choice of who governs them in favour of highly placed individuals in the governing APC,” he said.

He said aside foreign and local election monitors reports of how 2019 elections were hugely marred by military personnel, that
countless video, audio and photo evidence exist online detailing some of the heinous atrocities of the military during the elections.

“Yet Buratai and the military want Nigerians to believe that I am a ‘Protagonist of Fake News’ for revealing before hand their plans to hijack the nation’s political and electoral processes in favour of APC.

“Rather than seeking to kill, silence or liquidate me for putting before Nigerians and the world information that they have not been able to controvert, let Buratai and the military apologize to Nigerians for deceiving them via fake news and propaganda that Boko Haram had been defeated, degraded and Sambisa forest liberated,” Frank added.