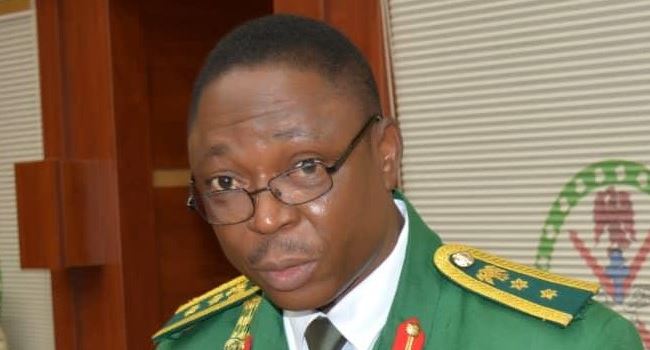 The Nigerian Army on Tuesday refuted corruption claims against several of its top officers.

According to Brig.-Gen. Onyema Nwachukwu, Director, Army Public Relations, who spoke in Abuja, some aggrieved personnel wrote an open letter to the president accusing top army officers of corruption.

On Monday, an internet article claimed that some disgruntled soldiers had accused top army officers of wrongdoing in an impersonal letter to President Muhammadu Buhari.

More concerning, Nwachukwu said, was the suggestion that soldiers had threatened to go on strike, claiming that such an action would be tantamount to mutiny in the Nigerian Armed Forces.

According to him, the Nigerian army has been using the Integrated Payroll and Personnel Information System (IPPIS) since 2018, as ordered by the Federal Government.

He went on to say that the technology has made the payment of personnel salaries and allowances a breeze.

Subscribing to IPPIS, according to Nwachukwu, was part of an effort to protect the system against fraudulent practices and to provide accountability and transparency.

The IPPIS, he claimed, does not allow any personnel access to payment operations.

“These processes, undoubtedly, provide zero opportunity for anyone or group of persons to manipulate personnel entitlements.

“It is also important to state that the army and sister services, jointly operate a Consolidated Armed Forces Salary Structure (CONAFSS), which is applicable to the Armed Forces of Nigeria in general.

“Suffice to state that personnel salaries and allowances are promptly and appropriately paid, without any form of shortchanging,” he said.

He said the “vague allegation of corruption and extortion clearly depicts a shallow understanding of the processes of payments of personnel salaries and allowances.

“As it stands presently, all monthly entitlements of personnel have been disbursed.

“The allegations contained in the anonymous letter are, therefore, a ridiculous attempt at disparaging the Nigerian army and causing disaffection among personnel.”

Nwachukwu thought it strange that servicemen with strong morale under the supervision of the current Chief of Army Staff would make such charges and threats.

According to him, the Nigerian army, as a professional organization, will investigate the report’s accusations to determine their reality and, if necessary, take appropriate action.

Top 10 stories from across Nigerian Newspapers, Wednesday May 18th 2022