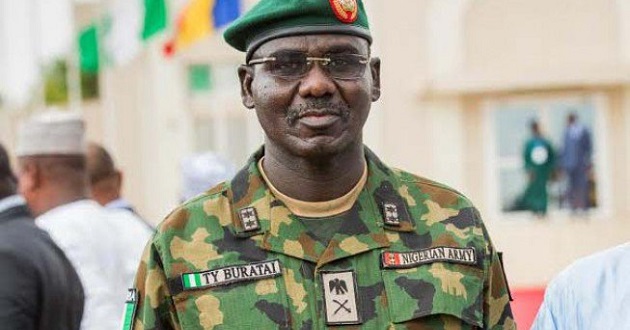 The Nigeria Army has reportedly commenced investigation into how N400m under the care of the General Officer Commanding the 8 Division, Sokoto State, Maj. Gen. Hakeem Otiki, got stolen by escort soldiers in the division.

Reports say that the runaway soldiers turned in their rifles and abandoned their mobile phones at the Infantry Corps in Jaji, Kaduna State.

The former GOC is said to be under close watch and would be transferred to Abuja after being cross-examined by the Directorate of Military Intelligence, the Special Intelligence Bureau and the Nigerian Army Corps of Military Police.

The former GOC had allegedly asked the soldiers to escort the money and deliver it to a Very Important Personality (VIP) in Kaduna.

A source familiar with the incident said, “The former GOC is being quizzed. He will be in Sokoto State for now where he is expected to properly hand over to the new GOC and then he will be brought to Abuja for further investigation.”