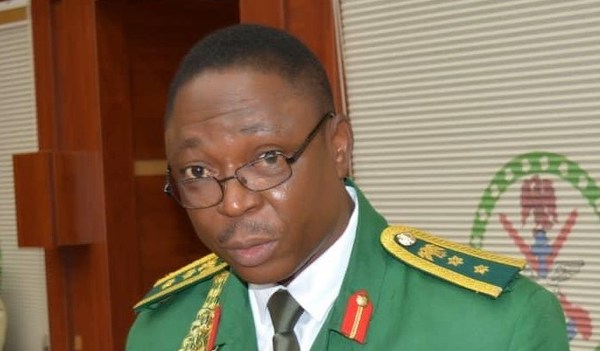 The Defence Headquarters (DHQ) has cautioned Nigerians against comments and actions that could pit the Nigeria Police against the Nigerian Army.

Acting spokesman for the DHQ, Col. Onyema Nwachukwu, said the warning became necessary following public criticism that trailed the killing of three policemen and a civilian last week by soldiers on the Ibi-Wukari Road in Taraba State.

He noted that caution should be exercised as the joint panel constituted undertook an exhaustive investigation.

Recall that some soldiers had opened fire on some police officers in Taraba, leading to the death of three policemen and a civilian, while other officers sustained injuries.

The police operatives were in Taraba to arrest one suspect simply identified as Hamisu, a suspected kidnap kingpin said to have been “indicted in a series of high-profile kidnap incidents in the state”. Police said that the soldiers set the suspect free after attacking the policemen.

When Nwachukwu was asked about the captain alleged to have been responsible for the unauthorised shootings and release of the suspected kidnapper, he said, “That information did not come from me. Our concern is to allow the panel do a thorough job and avoid comments that heat up the situation. We are trying to apply some restraint on this issue to avoid pitching the police against the army.

“These are two very important institutions in Nigeria and it will be most unfair to this nation to pit them against each other or the personnel of each service against the other.

“What is important is that lives have been lost and this is a difficult time for the families of the victims. We should be more concerned at looking into the human angles, the psychological traumas these families are going through.

“Our concern should be that the panel does exhaustive investigation and gets to the bottom of the matter. So, I would not like to begin to make comments that would pre-empt the investigation or its outcome.”

Why we attacked Ekweremadu —IPOB

I helped free Nnamdi Kanu, I forgive IPOB ‘for they know not what they do’, Ekweremadu speaks